Border Patrol agents in Texas have reportedly been ordered by President Barack Hussein Obama to work with Immigration and Customs Enforcement to release any illegal immigrants they catch. Because that makes sense, right? Classic Obama #119[1]: 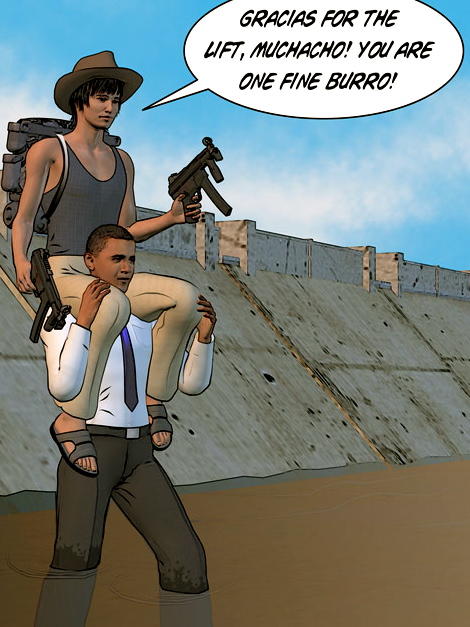 The illegal immigrants were to be tagged with GPS trackers and then transported and released in public spaces like churches and bus stations.

“The National Border Patrol Council reminds agents that we do not work for or fall under the chain of command of Immigration and Customs Enforcement,” Moran said during a recorded NBPC podcast.

“If you are ordered to release illegal aliens under any conditions, immediately notify your chain of command, document the situation through agency email or memorandum and notify your local union representative,” he added.

These illegal immigrants should be getting deported, but Obama believes they deserve the chance to set up shop and earn a living in the United States instead. Therefore, he has instructed the very agency responsible for apprehending illegal immigrants to release them onto the streets.

Obviously the President is more concerned with his looney left agenda than actually doing anything about the very real threat to the lives of Americans.

But really, are you surprised?

Written by Katie McGuire. Send your hate mail to the author at [email protected], or feel free to mean tweet me at @GOPKatie,[3] where I will be sure to do very little about it.