After Texas Bans Sanctuary Cities, Mexico Does THIS Immediately…

This weekend, Texas Governor Greg Abbott signed into law a bill that outlawed sanctuary cities. Under the new law, police officers would not be prohibited from asking people about their immigration status. While many conservatives cheered the move, Mexico is not happy[1]. 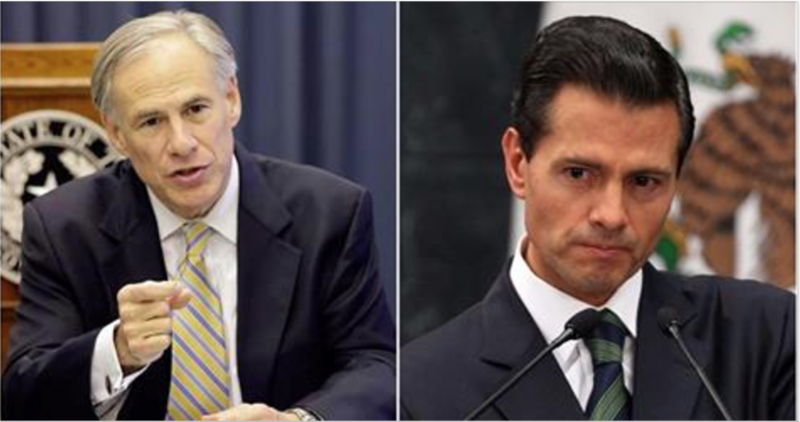 Mexico’s Secretary of Foreign Relations released a statement on Monday slamming the law, saying it “criminalizes even more the phenomenon of immigration.” The statement also accused the sanctuary city ban as encouraging racial discrimination and strengthening tensions between police officers and immigrant communities.

While some may brush off any criticisms from Mexico, it could have a serious effect on the state of Texas: Mexico is the state’s largest trading partner.

Thomas Saenz, president of the Mexican Legal Defense and Education Fund, also weighed in, calling the ban “frivolous.” Other Latino rights groups have also criticized the new law and vowed to fight it. Luis Vera, an attorney with the League of United Latin American Citizens, said he had already filed a legal challenge on behalf of El Cenizo, a small town near the Mexican border that has had “safe haven” laws since 1999 prohibiting city employees from asking about a person’s immigration status. The ACLU has also criticized the ban and has promised that they, as well, will fight it in court.

Unless the law is struck down, it will officially go into effect in September.

Mexico’s actions clearly show that they believe their citizens are entitled to live in the United States, even if it means breaking our laws. Mexico is free to disagree with our laws, but it doesn’t give them the right to freely flout them whenever they feel like it.

Do you agree with banning sanctuary cities?