Texas Sheriff Is Actively Pushing Visas Through For Illegal Immigrants

Travis County Sheriff “Sanctuary Sally” Hernandez[1] is actively defying Governor Greg Abbott and SB4, also known as the anti-sanctuary cities law. She is having pamphlets printed up instructing illegal immigrants on how to apply for special visas to stay in the country. She is showing them how to apply for a “U visa,” which is meant for actual victims of crime, not those nailed for being here illegally. Simply filling out the paperwork is enough to block immigration officials from deporting them.

Hernandez is pushing the lie that the new sanctuary city law is a threat to victims of crime. She knows that’s a lie. SB4 specifically prohibits officers from inquiring about the immigration status of a crime victim or a witness to a crime, unless the information is pertinent to the crime as in the case of human smuggling or sex trafficking crimes. This must have Governor Abbott hopping mad. These misleading flyers could be used to teach people how to abuse or take advantage of a program designed to protect true victims of or witnesses to crimes. The sheriff is fully aware of this and doesn’t care. 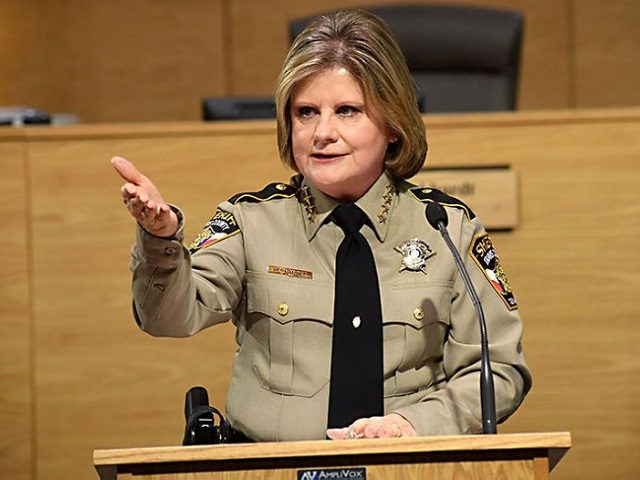 Travis County Sheriff “Sanctuary Sally” Hernandez came up with the idea of instructing crime victims who happen to be in the country illegally on how they can apply for a “U visa,” Fox 7 in Austin reported. Merely filing out the application for the visa, intended to help true crime victims, is enough to at least temporarily block immigration officials from deporting an applicant.

Her work continues to propagate the myth that Texas’ new sanctuary city law (previously known as Senate Bill 4) is a threat to crime victims.

Sheriff Hernandez is having the pamphlets printed up to begin distribution, Travis County Sheriff’s Office Spokesman Kristin Dark told Breitbart Texas in an email response. It is currently being published in English and Spanish, despite the fact that Travis County has immigrant communities speaking many different languages. The report by Fox 7 does not state what funds the sheriff is using to pay for these pamphlets. Dark told Breitbart Texas she would research the source of funding.

The sheriff’s office told the local Fox affiliate they currently receive about 10 U visa applications per month. They stated the department attempts to process the visas within 30 days to forward to immigration officials.

The federal government issues approximately 10,000 U visas per year. Victims or witnesses granted approval receive up to four years of protected status. They are required to cooperate with law enforcement regarding prosecuting the crime they witnessed or were a victim of. While the application is pending, the applicant cannot be removed from the US. Which is exactly why Hernandez is twisting the law here. She should immediately be removed from office and a special election should be held over this.

One Democrat Texas sheriff stood up to tell the truth about SB4. Hidalgo County Sheriff J.E. “Eddie” Guerra joined with local chiefs of police in the Rio Grande Valley to try and calm people down. “As Texas Governor Greg Abbott has stated [SB 4] is simply a mechanism such that when someone has a criminal record, or who is also wanted by [U.S. Immigration and Customs Enforcement], they are going to be detained and turned over to ICE,” Sheriff Guerra told local reporters. “If you have not committed a crime, regardless of your immigration status, and unless you are subject to an ICE detainer, you have absolutely nothing to worry about.”

Sheriff “Sanctuary Sally” Hernandez teamed up with four other Texas sheriffs to claim that “FBI crime statistics have found that labeled ‘sanctuary’ cities experience lower rates of all crime types, including homicides.” Although fact checkers at the left-of-center PolitiFact admitted that the FBI report does not exist, they still dubbed the statements “Half-True.” “In my book, a ‘half true’ for an open borders study from Politifact means it was definitely bogus,” Center for Immigration Studies Director of Policy Studies Jessica Vaughn told Breitbart Texas. “It means ‘we would like it to be true, but it wasn’t.’” Hernandez will break the law however she can to keep illegal immigrants in America. Just fire her and remove her from office before she does even more damage. Reinstate the rule of law in Texas. 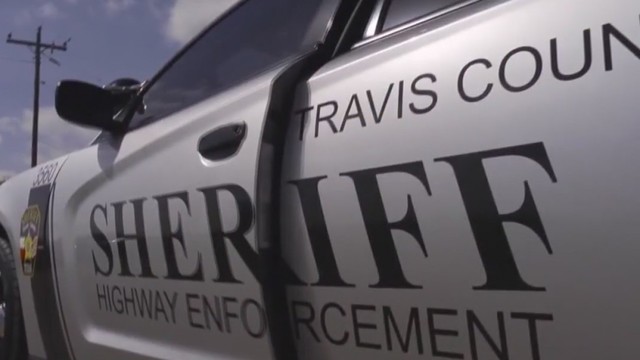