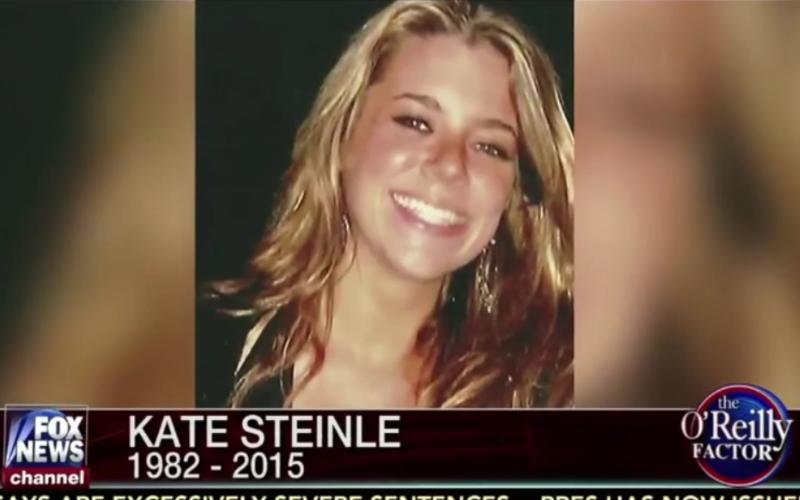 Kate Steinle was a San Francisco woman who was killed by an illegal immigrant named Juan Francisco Lopez-Sanchez, who, despite multiple deportations, was still allowed back into America. She was shot by a stray bullet discharged on July 1, 2015 while out for a walk with her father and now almost two years after her death, she will be immortalized in Kate’s Law.

Statement on House Passage of Kate’s Law and No Sanctuary for Criminals Act. https://t.co/uPRy9XgK5A[2]

As reported by Fox News[4], two bills dealing with immigrants were passed:

One bill passed by the House would deny federal grants to sanctuary cities and another, Kate’s Law, would increase the penalties for deported aliens who try to return to the United States.

Kate’s Law, which would increase the penalties for deported aliens who try to return to the United States and caught, passed with a vote of 257 to 157, with one Republican voting no and 24 Democrats voting yes.

I voted no today on two bills that together violate the 1st, 4th, 5th, 10th, and 11th Amendments. I will always defend our Constitution.

As reported by Breitbart[6]:

The Michigan lawmaker also voted against H.R. 3003, the No Sanctuary for Criminals Act, a bill that would defund cities that prevent their police from turning over illegal aliens to federal authorities.

This isn’t the first time we’ve had to write up Amash for snubbing the rest of the Republican Party. Back in May, we brought you a story[7] that described how Rep. Amash was the eager poster boy for the group of Republicans looking to stir up support for impeaching the President over the Comey memos that did not exist. After Comey’s testimony, the impeach-Trump crowd scattered and now it looks like they’re reforming to grandstand.

And this isn’t the first time Trump has brought up his support of Kate’s Law.

I absolutely support Kate’s Law—in honor of the beautiful Kate Steinle who was gunned down in SF by an illegal immigrant.

I can't believe that President Obama isn't able or willing to make just one phone call to the family of Kate Steinle.Come on Pres-MAKE CALL!

Something tells me that Amash has a much more selfish reason for voting against the law, which would clearly make it through the House. It’s the only way he can get attention for his anti-Trump agenda.