This must be what it felt like in the days leading up to the Civil War. States are officially refusing to enforce federal law, in ostentatious displays of sedition that stop just short of firing on Fort Sumter:

Democrats who dominate the state Assembly passed a bill Monday that would make New York a “sanctuary state,” and members are poised to again pass legislation that would open tuition assistance programs to undocumented students.

Forcing taxpayers to give money to people who are in the country illegally rubs salt in the wounds of the last sane people who haven’t escaped from New York.

Fortunately, this bill is likely to get killed by the State Senate. Governor Andrew Cuomo, a left-wing demagogue, would no doubt sign it eagerly.

That is, it would be against the law to enforce the law. Nothing could better exemplify rule by moonbats.

California, where there is virtually no Republican resistance, is likely to become the first sanctuary state. Legislation has been advanced that would make it official, in addition to using taxpayer money to hire lawyers for foreigners facing deportation. An estimated 2.3 million illegal immigrants live in California, a number that is likely to rise due to the efforts of state bureaucrats. Trump has implied that defunding the entire state is on the table.

Elsewhere in the Disunited States,

Some aim to make Illinois a “sanctuary state,” the way some cities try to give cover to immigrants. The proposed new laws in Illinois would make it harder for federal officials to obtain information about a person’s immigration status. 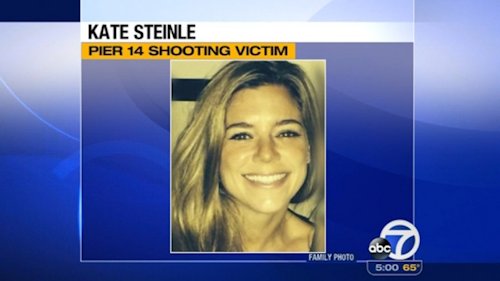 Killed by an illegal alien in a sanctuary city in California.

On tips from 762×51 and TrojanMan. Cross-posted at Moonbattery.