Trump’s Immigration Orders Could Endanger Public Safety Or Something 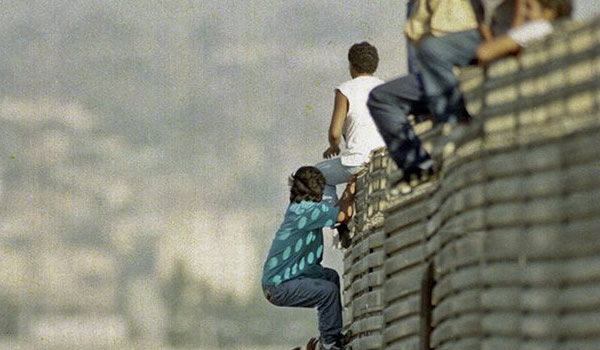 The notion of catching those who are unlawfully present in the United States and potentially deporting them causing a supposed problem with public safety is not a new talking point. Supporters of illegal aliens have long trotted it out as a reason to not perform a silly function like enforcing immigration law and securing our nation from invasion (Article 4 section 4[2]). Why do they support illegals? The better question is, why do they support illegals over US citizens, going so far as to lie and omit information? We should ask Jonathan Blanks, who’s part of the libertarian leaning CATO institution

Last week, federal immigration officials seized an unauthorized immigrant at an El Paso courthouse where she had been seeking a protective order against an alleged domestic abuser. The judge who oversees the court that issued the protective order expressed dismay that such a seizure took place when the person was seeking protection from violence, and perhaps acting on a tip provided by the alleged abuser himself.

President Trump has said his proposed actions to stiffen immigration enforcement are in the interests of public safety, but seizures such as the one in El Paso and the proposed revitalization of the 287(g) program that deputizes local law enforcement to enforce federal immigration law make the public less safe and interfere with local policing priorities. (snip)

Seizing a person who is seeking refuge from violence subverts the protective function of police officers. If individuals fear as much from law enforcement as they do the criminals living among and victimizing them, they will not come forward to report crimes or cooperate with criminal investigations. Non-cooperation makes police officers’ jobs harder by emboldening and enriching criminals who, consequently, may operate with impunity where people are less willing to help investigators.

Well, now, that is very cute. Law enforcement arrested a person seeking protection from violence! Perhaps Blanks should have mentioned a bit of information from the Washington Post article he cited (which itself is rather unhinged that this person would be detained by ICE), which is way, way, way deep, at a point where most have already moved on to a new story

According to the affidavit, I.E.G. has a criminal and immigration history that dates back to 2010 and includes numerous deportations and arrests for assault, violating probation, domestic violence, false imprisonment and possession of stolen mail.

I’ve said it before and I’ll say it again: is this the type of illegal that supporters really want to defend? Well, sure, when they fail to mention that they aren’t one of the “good illegals”. Regardless, if you’re starting out your screed with a lie of omission, the rest is a pile of mule fritters.

One Los Angeles Police Dept. detective told the Los Angeles Times, “It is my job to investigate crimes. . . . And if I can’t do that, I can’t get justice for people, because all of a sudden, I’m losing my witnesses or my victims because they’re afraid that talking to me is going to lead to them getting deported.” When he recently approached a group of Latino workers to investigate a crime, they stood up and walked away. Even though Los Angeles has repeatedly asserted its self-appointed status as a “sanctuary city” for immigrants, one of the workers uttered “Trump is coming,” as he left.

Here’s the gist, which has been trotted out before: if illegals are being targeted for detainment and deportation (God forbid!), they might be unwilling to reach out to law enforcement and/or talk to them about crimes against themselves and/or within their communities of illegal aliens.

It’s a load a steaming donkey droppings. If they weren’t here in violation of immigration laws, it wouldn’t be a problem in the first place. The criminal community isn’t too enthused about reaching out to law enforcement over crimes against themselves. No one complains about that. If illegals aren’t present in the United States, then there’s no problem. Why, exactly, are we so concerned with the plight of law breakers?