US Town Experiences Huge Change After Border Fence Goes Up

President Donald Trump’s promise to build a border wall has earned him nothing but grief from his detractors on the left, but as the liberals continue to groan and sound off about the cost of the wall[1], the vulnerable or so-called threatened species living along the border and other ridiculous claims, new data from one U.S. town disclosed a fact that will make critics’ heads pop right off.

In Yuma, Arizona, a wall has been erected and is proving that border walls work particularly well — and not just when it comes to protecting from illegal immigration. 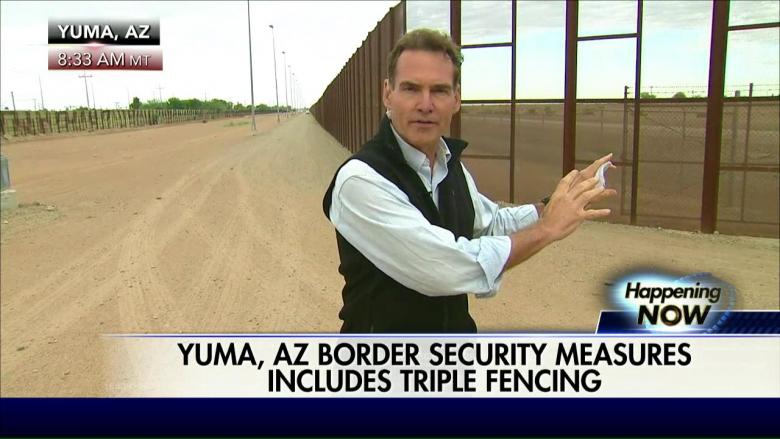 In fact, they are so prosperous that illegal border hopping has dropped 94 percent, according to evidence from the Senate Homeland Security and the Governmental Affairs Committee.

According to The Daily Caller:

…A Department of Homeland Security official said the town has seen an 82 percent reduction in illegal crossings since 2007 after the passage of the Secure Fence Act of 2006. Better border infrastructure can “guarantee” fewer border crossings for a “generation,” as official told The Daily Caller.

The Daily Caller also reported that an official also said that 126,472 individuals were arrested while attempting to enter the country illegally between January and July, a 46 percent decrease from 2016, adding that apprehensions of unaccompanied illegal immigrant minors has fallen 54 percent.

Additionally, Immigration and Customs Enforcement agents have arrested some 91,000 people between January and August, which is an increase of more than 43 percent since 2016.

These numbers clearly signal that the wall has been a necessary battle for Americans and that the efforts of the administration to reduce illegal immigration are not just working, but thriving. However, because liberals can do nothing but go after Trump no matter what he’s done or not done, they are doing everything they can to play smoke and mirrors with the public.

I doubt they will be changing any time soon.