USA Today Runs Big Story On DREAMer Getting Deported, Gets It Wrong 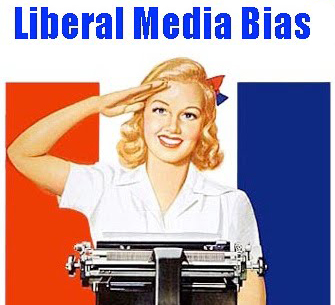 USA Today writers Alan Gomez and David Agren thought they had a Big Scoop regarding the Evil Trump Administration deporting a DREAMer, with the breathless headline

Of course, their little update, down near the end of the story, rather destroys their narrative

(Daily Caller[3]) USA Today reported Tuesday that an illegal immigrant protected by Barack Obama’s amnesty was deported in February after spending an evening with his girlfriend. However, a Department of Homeland Security spokesman told The Daily Caller that this story is false because Juan Manuel Montes Bojorquez did not receive amnesty and was caught climbing over a border fence when he was detained.

The USA Today story[4] said that Bojorquez, 23, was apprehended by Customs and Border Protection (CBP) agents while he was waiting for a car ride to pick him up.

According to the article, he told the officers he left his wallet in his friend’s car and because he didn’t have his ID or proof of his Deferred Action for Childhood Arrivals (DACA) status, he was deported.

“Within three hours, he was back in Mexico, becoming the first undocumented immigrant with active DACA status deported by the Trump administration’s stepped-up deportation policy,” the USA Today reporters wrote.

He may have been a DACA recipient at one point, but

David Lapan, a DHS spokesman, told TheDC, “Juan Manuel Montes Bojorquez was apprehended by the Calexico Station Border Patrol after illegally entering the U.S. by climbing over the fence in downtown Calexico. He was arrested by BP just minutes after he made his illegal entry and admitted under oath during the arrest interview that he had entered illegally.”

The spokesman added, “His DACA status expired in Aug. 2015 and he was notified at that time. In addition, he has a conviction for theft for which he received probation.”

USA Today states that he received a DACA renewal in 2026. Obviously, they’re wrong. And they sure seem to be quite accepting over Juan’s 4 convictions, one for shoplifting and three for driving without a license. I guess he’s just part of the “non-criminal” element among illegal aliens, right? This, of course, sent leftists into apoplexy

This incorrect story from USA Today received a swift reaction on Twitter. Sean McElwee, a policy analyst at Demos Action, said it was “absolutely horrifying.” MSNBC host Christopher Hayes said, “This is profoundly messed up.” Gizmodo staff writer Libby Watson tweeted, “the lack of due process and basic decency for immigrants is really astounding. can’t be covered enough.”

What USA Today is now trying to claim is that Juan was picked up and dropped off across the border in Mexicali. After friends brought him his wallet and clothes, he was supposedly mugged, then proceeded to climb a rope going over the border wall, where he was caught again. DHS disputes him being deported the first time he states he was, only being caught climbing over the wall. Most people read the first 3 paragraphs or 30 seconds when it comes to web articles, so, they wouldn’t make it to DHS disputing, being the 4th to last paragraph.

The Hill runs a similar story with the headline Report: First protected ‘Dreamer’ deported under Trump.[11] The headline is disputed by the actual content of the story, but, hey, the point is to be clickbait. And, it’s all about slamming Trump.