WATCH: The Moment a Black Woman Criticizes Her City Council for Comparing Illegal Immigration to Slavery

Liberals just love to play the role of Social Justice Warrior, here to save the day for the poor downtrodden colored people, a position that can be tricky considering they constantly have to figure out which minority group to suck up to in the moment. They’ve had to vacillate between black Americans and illegal immigrants lately, but comparing illegal immigrants to slaves got one black woman steaming mad — and she wasn’t afraid to show it. 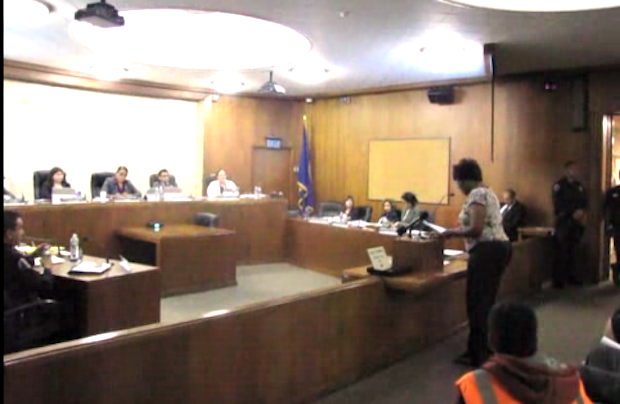 A black woman appeared before a California council meeting this week and obliterated its members in a politically incorrect rant, after a member compared illegal immigrants to slaves.

In a stunning scene captured on video – taken in Huntington Park on Monday night – the woman, Chanell Temple, of Hawthorn, steps up to address the council out of protest for them appointing two illegal aliens to city commissions.

Temple told the Breitbart News she had not intended to speak at the meeting but approached the podium anyway, with her controversial speech now dividing opinions on social media.

… She starts the speech: ‘The Huntington Park City Council is being paid with taxpayers’ money to do a job within rules and regulations.

‘In the U.S. we have one rule of law. I also want to talk about the Fourteenth Amendment, which was added to the Constitution in regards to blacks being given birthright citizenship because blacks helped build this country, including the White House – twice.

‘Please do not tarnish the name of black slaves by comparing them to your plight. There’s no comparison. None.’

Temple maintains that while slaves were victims, immigrants operate on free will.

‘Black slaves did not break into this country, okay. They were brought here against their will.

‘Also, black slaves are not immigrants. Immigrants are people with a choice, they come here by choice. Black slaves didn’t have choice.

She also says that that America has ‘been good to illegal immigrants’ and can’t recall a single one that has ever been ‘hung from a tree.’

Typical liberals: so condescending in their self-righteousness, with no idea of how insulting they can be. Let’s get one thing straight — illegal immigrants are criminals, who broke the law and have no right to be in this country, let alone whine about not being given everything they want on a silver platter, funded by taxpayer dollars. Slaves were people who were victims of one of the greatest atrocities in the history of mankind, and to compare slaves to criminals is so beyond insulting, there are just no words to describe it.