White House To Pelosi On Gang Of Eight Bill: “Nope.” 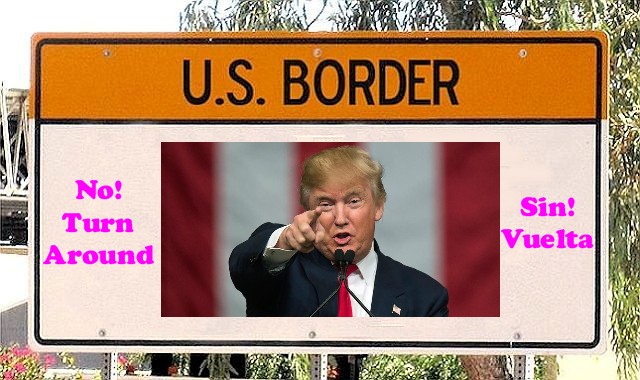 The White House is open to compromise, but not that compromise. Perhaps if she promised to reveal what’s in it once it’s passed?

(Newsmax[2]) On Friday morning, House Minority Leader Nancy Pelosi (D-Calif.) called for a compromise with the White House on illegal immigration by reviving the “Gang of Eight” measure that passed the Senate four years ago and included a controversial “path to citizenship” for millions now in the U.S. illegally.

On Friday afternoon, the White House left little doubt that is not what the president means by saying he was open to compromise on dealing with illegal immigration.

“That particular bill was a non-starter, it continues to be a non-starter,” press secretary Sean Spicer told us, referring to the “Gang of Eight” measure that Pelosi was pushing.

This began when Newsmax asked Pelosi if she was willing to compromise, and she brought up the aforementioned legislation (for which, had he not been a big supporter (read: dupe) of it, we might be saying President Rubio), and that she wants a vote on it. That horrible bill would have legalized millions of those unlawfully present in the United States with a wink and a nod to border security and slowing the flow of illegals. It would have made a joke out of the normal process to become a citizen, as well as those who spent the time and money to become citizens.

“I think the president’s been very clear on the campaign trail that’s not a bill that he supports,” Spicer told Newsmax, in response to our question about Pelosi’s call for reviving the Gang of Eight proposal.

“But he looks forward to engaging with members of Congress to find a way forward to fix our broken immigration system. That particular bill was a non-starter, it continues to be a non-starter. But the president recognizes the system is broken and that he wants to work with Congress to fix it.”

Will Trump and the GOP tackle immigration? Time will tell. This statement does send a good signal that Team Trump will not play the typical game of making promises that there’s no intention of keeping on security while giving amnesty. What Pelosi, and surely most Democrats, want is not a compromise. They just want an amnesty.