Gov. Rick Perry has deployed 1,000 National Guard troops to patrol the border and deal with the surge of illegal immigrants but that has not stopped militia groups from getting involved as well.: At least: 10 militia groups: have reportedly geared up to assist at the border, bearing arms, wearing masks and combat gear.

Civilian militia volunteers have focused their efforts on the area near Laredo, Texas, patrolling mostly on privately owned ranch land with the permission of the ranchers. Other local and state law enforcement officers have been assisting at the Texas border for weeks under Operation Strong Safety, sometimes known at the “surge.”

In addition to militia groups, there are now reports that ranchers are organizing: patrols[1]. 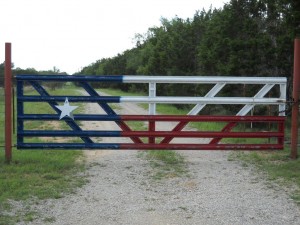 The “Texas Border Volunteers” of Brooks County, south of San Antonio, were organized by husband and wife team Mike and Linda Vickers seven years ago in response to their frequent encounters with immigrants on their property, according to the report.

The volunteers have twice reported huge groups of “more than 100 immigrants” to Border Patrol officials, and the report says they have notified law enforcement of thousands of immigrants since they began their patrols.

There has been a mixed response by public officials as to whether or not militia: involvement has been helpful.: Texas Senator Leticia Van de Putte (D) wasn’t supportive saying,

“Local law enforcement and federal Border Patrol agents have been clear. The presence of these outside independent militia groups does nothing to secure the border; it only creates an unsafe situation for law enforcement officials that are protecting our communities. Unfortunately, the vile rhetoric of my opponent inspires misguided efforts.”

Unlike the militia involvement,: Border Patrol has reportedly said that “they welcome the extra eyes & ears,” from the ranchers.