This article attempts[1] to make the poor Syrian refugees look persecuted. That’s dishonest to say the least. Sweden has become the rape capital of the world thanks to these refugees. The murder record is not far behind. Do you blame them for fighting back? Their homes, their jobs and their benefits have been given to these thugs, while many Swedes are now homeless and unemployed. I’d be ticked too. No wonder there is fighting in the streets there. Notice how they play on poor migrant children being afraid to go to school. What about the school girls being raped and abused all over Sweden now thanks to these Muslim refugees? Or how about the thefts and the beatings and killings there? Don’t cry for the refugees – they are militants and the vast majority are young men of fighting age. 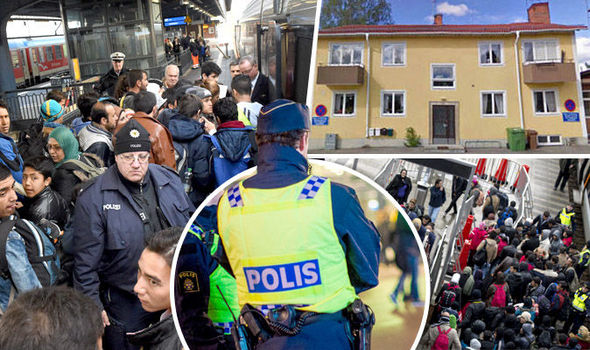 A SMALL Swedish village has descended into open warfare after furious locals clashed with migrants in a chilling warning of the dangers associated with mass migration.

Outraged protestors threatened children and hurled stones at sheltered housing in apparent retaliation for vandalism and burglaries carried out by newly arrived refugees.

The growing chaos engulfing the once tranquil village of Tärnsjö has got so bad that the children of migrants now need a police escort just to get to school.

It is a snapshot of potential tensions between locals and large numbers of new arrivals boil over, coming as thousands of Syrian refugees begin to arrive in Britain.

Villagers have expressed outrage that migrants get instant access to state benefits and housing whilst many families struggle to get by paying exorbitant rates of tax.

Meanwhile aid workers helping the refugees say they have been terrified by racist attacks which have left them too scared to leave their homes.

Councillor Michael Ohman said the problems have arisen because the 1,200 locals in Tärnsjö, 90 miles north of the capital Stockholm, never wanted the refugees to move in.

He said: “Racial tension has divided the village into two groups – those who support the immigrants and those who want them gone.

“There has been fighting between immigrants and the people living here.

“The village integration works badly because people don’t want immigrants in the village. This is no longer a happy community, it’s divided and is not a pleasant place to live.”

Sweden is at the heart of Europe’s migrant crisis[3], with 10,000 asylum seekers arriving in the sparsely populated Scandinavian country every week.

It has already reintroduced border controls to stem the flow, whilst the anti-immigrant Sweden Democrats have made significant gains in recent opinion polls.

In Tärnsjö outraged locals say the problems began when 20 refugee families arrive and were linked to a crime wave in the village, including throwing stones at residents’ cars.

Hate mobs organised on social media convened and struck back, attacking a block of flats which has been turned into a makeshift migrant centre.

Some villagers now fear a more serious racially motivated incident could occur, such as an attack on migrant children at the local school.

Last month 21-year-old Anton Lundin Pettersson walked into a school in the Swedish city of Gothenburg wearing a helmet and a Star Wars mask[4] and used a sword to kill two migrant students.

Villager Tobias Willhall said: “The immigrants have caused all kinds of trouble for us. I have friends whose storage spaces have been burgled by immigrants and bicycles have been stolen.

“There is a really bad tension in the village because of the refugees.”

Meanwhile one migrant now living in the village moaned that life there was “boring” and decried the Swedish authorities for taking too long to register his asylum application.

Negazi, who travelled to Europe from Eritrea on a smugglers’ boat across the Mediterranean, added that he wants to bring his wife and two children to the continent once the application has been approved.

The 25-year-old told freelance journalist Ulf Andersson: “I want to claim asylum in Sweden so that I can bring my children and my wife over to have a better life.

“Apart from it being boring and there being nothing to do, the only thing I complain about is how long it takes to claim asylum in Sweden.

“I get 200 kroner a week from the government, so I have no complaints. But it’s an isolated place, so there is nothing to do here, it’s a bit boring.”

Other migrants said they were terrified about potentially being attacked by furious locals.

Tamam, who lives in the temporary refugee accommodation which has come under attack with his wife and two children, said: “We have no problems with the vast majority of the people who are living here. We like living here. But there are some people who really seem to hate us.

“We don’t feel afraid when we’re at home and all we want is peace and quiet.”

It’s interesting that these invaders are content to take the money from the government and then complain that they are bored. They don’t want to work and they want anyone who is not Muslim to grovel before them. This is the Hijrah migration… it is meant to conquer countries from the inside, just like a Trojan horse would. They talk about bringing their families to where they are. Why didn’t they do that to begin with if they were fleeing persecution? Instead they left them to fend for themselves against ISIS and others. How noble. They say they are afraid of racist attacks, yet the attacks come primarily from these refugees. Don’t let the media fool you. They are lying and twisting the truth here. As the people in Sweden suffer under high taxation, what little they have is given to these interlopers. There will be more violence over this. It’s just begun. 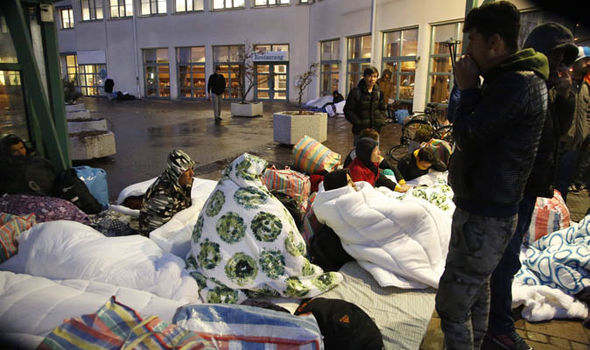 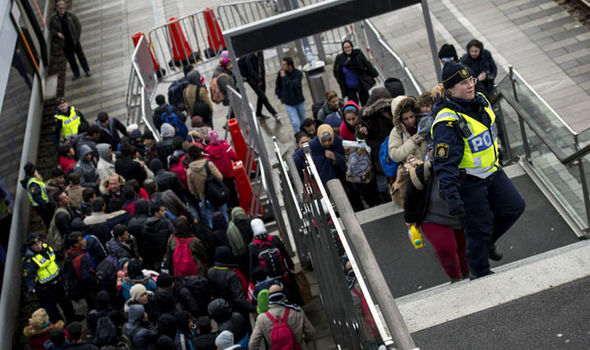 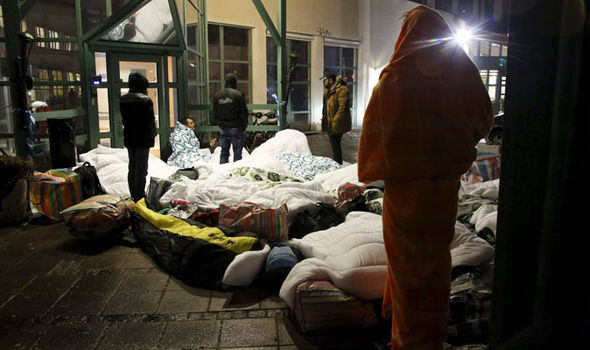 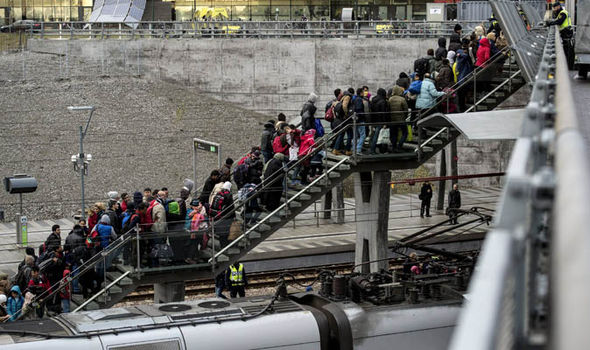