The funding for Obama’s executive action is coming through the United States Citizenship and Immigration Services, a fee, not tax based agency under the jurisdiction of Homeland Security. Because the USCIS is a fee based agency, many have argued Congress cannot defund it. According to the Congressional Research Service, Congress does in fact have the ability to defund the agency through the appropriations process. But Obama is using these monies, unsurprisingly, in the cruelest way possible- sponsoring illegal immigration with the promise of amnesty: [1] 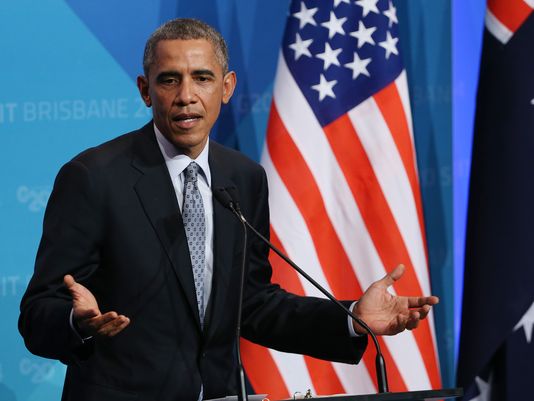 But let’s put that aside for a minute. The larger question is, who is paying these fees? Millions of legal immigrants are paying these fees, which are now being reallocated by the executive branch to legalize millions of illegal immigrants who have been living in the United States for years while failing to go through proper and long established legal channels to obtain citizenship or other legal status. From the USCIS.gov website:

U.S. Citizenship and Immigration Services (USCIS) is funded largely by application and petition fees. Recognizing that some applicants cannot pay the filing fees, USCIS established a fee waiver process for certain forms and benefit types. Demonstrated inability to pay is the only reason USCIS will approve a fee waiver.

Waiving a fee for one applicant transfers the cost of processing their application to other applicants through higher fees. Therefore, USCIS carefully considers the merits of each fee waiver request before making a decision.

It’s high time to defund these monsters and stop the wild misuse of monies by those in power. How dare Obama allocate these funds towards amnesty? This is a slap in the face of all legal immigrating Americans, and those of us who were born here. The average 10 year wait to come here is worth it for those who do it legally -I am proud to call them Americans and my sisters and brothers. Illegals? Deport. There is no amnesty for you in my heart, or the hearts of most of my fellow Americans.