French Media Goes Nuts With Pro-Migrant Narrative: Says It is ‘Beautiful’ To Be ‘Invaded By Migrants’

Looks like America isn’t the only one with a nutso media cabal. Ah the French… surrendering once again. This time to Islamic migrants. In Sicily, Italy, they have been overrun with a tidal wave of migrants. And even though crime is off the charts and it has bankrupted the city and the country, the mayor of Palermo has declared his love for migrants saying that the future of Italy is “Google and Ali the immigrant.” If that is so my friend, you are indeed doomed because the two are antithetical to each other in nature. These immigrants come from barbaric third-world hellholes and Google is a first-world innovation. You can’t have both I’m afraid.

The mayor of Palermo Leoluca Orlando declared his love for newly arrived migrants from Africa, most of them coming into the country illegally claiming to be asylum seekers, in a largely pro-migrant article published by French center-left newspaper Libération. “If you ask me how many immigrants there are in Palermo, I do not answer 60, 70, or 80,000. Anyone who arrives in Palermo is a Palermo,” Orlando said. “The future has two names: Google and Ali the immigrant. Google expresses the virtual connection and Palermo is today the best wired and computerized city in the entire Mediterranean. Ali the migrant represents the human connection. We want to be a welcoming and modern city,” he added. Fail. How delusional can you get? 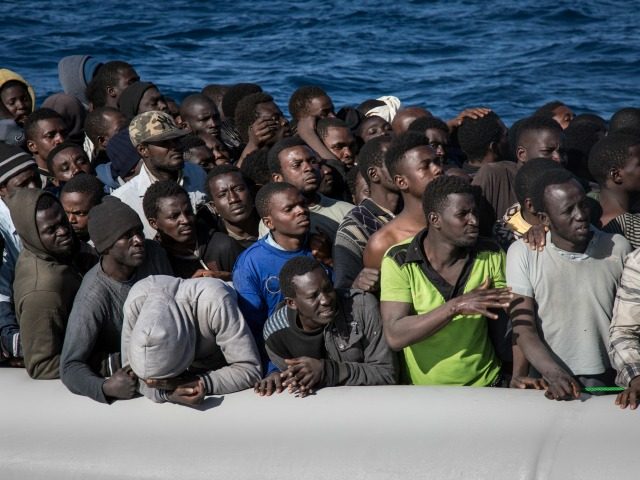 In the last three years, over a million immigrants have flooded into Italy from Africa. They bring violence, hatred, bigotry, rape and disease with them. The mayor has obviously never been personally subjected to the tender mercies of these radical Islamists. The number of migrants has dropped considerably since the Italian government enacted stricter rules of conduct on pro-migrant NGO ships. Even so, they are overrun with these migrants.

If you can believe it, Orlando wants to use the migrants to battle the local mafia. I’ve known of this for some time. It causes bloody turf wars. The Islamists want their no-go zone and the mafia despises them. If I had to side with one, it would be the mafia. Sorry… lesser of two evils and all that. “Until I was 30, I did not see a single immigrant in Palermo. Because the mafia was pushing them away. They are afraid of diversity,” he said and added: “Since I became mayor and the mafia no longer governs the city, something extremely beautiful has happened: we have been invaded by immigrants.” Wow, that’s suicide on steroids. They were far better off with the mafia.

This isn’t the first time that the European media has swooned over migrants. Last year, German left-wing magazine Der Spiegel published an article advocating for mass migration to replace aging populations in rural Spanish towns. This is why Europe is falling. This attitude among the elites, media and power brokers of Europe is the same that infects the Democrats and RINOs in this country. They want cheap labor and the basis for a Marxist voting demographic. In fact, any media who speak out against the unfettered invasion by migrants is being threatened with getting shut down in Europe. Because their views are not politically correct or ‘diverse’ enough. Looks like fascism is rising again in Europe.