ICE’s Catch-And-Release Policy Freed An Illegal Who Savagely Beat A Toddler, And Local Police Are Furious

This happened – of course! – in California, a state which seems desperate to prove every one of Donald Trump’s allegations about illegal aliens and the quality of the people we’re taking in. 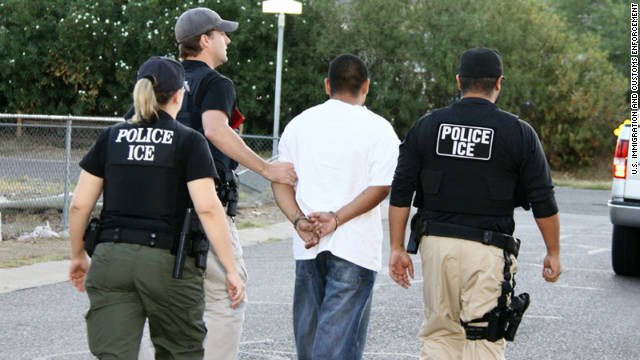 A California toddler fighting for her life Thursday after a brutal beating at the hands of an illegal immigrant with a long criminal record is the latest case to rile California sheriffs and police against a U.S. immigration policy they say is forcing them to release dangerous criminals out on the street.

Francisco Javier Chavez, the live-in boyfriend of the unidentified two-year-old’s mother, is out on bail after being charged in the late July attack, which left the San Luis Obispo County girl with two broken arms, a broken femur, a compressed spine, a urinary tract infection and a fever of 107 degrees. Chavez’s criminal record includes assault and drug convictions and arrests for violent acts including kidnapping, car jacking and cruelty to a child.

A disgusted San Luis Obispo Sheriff Ian Parkinson told FoxNews.com Chavez should have been locked away or deported long before he had the chance to inflict “horrific injuries” on the little girl, but said conflicting federal policies leave his department handcuffed. Instead, Chavez is now free, awaiting a court date for which he may not even show up.

The problem in the Chavez case, like many others, is that an ICE detainer is legally only a request – and local law enforcement can actually be sued for wrongfully detaining illegals based on a court ruling from last year if they attempt to hold an illegal alien without ICE coming to get him.

The California Sheriff’s Association sent a letter to Congress asking for a change in the law allowing them to detain dangerous illegal aliens without liability. Unfortunately, it seems unlikely that change could be made on its own without some comprehensive grand bargain fulfilling all the immigration dreams of the open-borders crowd.