Illegal Alien With Drug-Resistant Disease To Be Released In The U.S.

When deciding to release an illegal immigrant into the community, the ones with highly communicable, drug-resistant diseases should be the first released, right? Ah, no. So imagine Arizona Rep. Paul Gosar’s shock when he learned ICE and DHS were planning to do just that[1]. 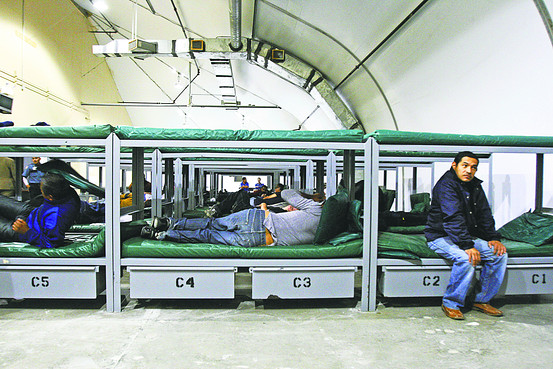 “I was alarmed when I was forwarded a letter written by Pinal County Director of Public Health Thomas Schryer indicating that the ICE Detention facility in Florence is planning on releasing an illegal immigrant with drug resistant tuberculosis into the Pinal County Community in the next couple days,” Gosar said in a statement. “I demand ICE and DHS rethink this awful decision and not release this dangerous individual. Such actions put our citizens at risk and will impose significant financial burdens on the County.”

Dr. Thomas Schryer, Director of Public Health for Pinal County, wrote a letter explaining his concerns about releasing the detained illegal immigrant, who has been receiving treatment for seven months for his tuberculosis. “Tuberculosis is a very dangerous disease that can spread easily, due to the public health threat Arizona Revised Statutes and good public health practice dictates that we provide healthcare to treat tuberculosis for anyone residing in our county (other than those incarcerated) as a result when the ICE facility releases this individual he will be treated at the local tax payers’ expense,” he stated. “From a public health perspective it is essential that anyone who is suffering from TB be treated so they are not a health threat to others, I request that ICE pay the costs of those who are released from their facility.”

The risk of illegal immigrants bringing disease into the country is one of the main concerns voiced by those opposed to the President’s amnesty program. The lack of concern for public health, safety, or taxpayer dollars is made extremely clear by this decision.