Usually, if someone is giving you free food, you don’t spit in the face of charity. I guess it doesn’t work that way anymore, and you’re allowed to act like a thug if you don’t like free food. Seems like people I would want living in MY country, for sure[1]: 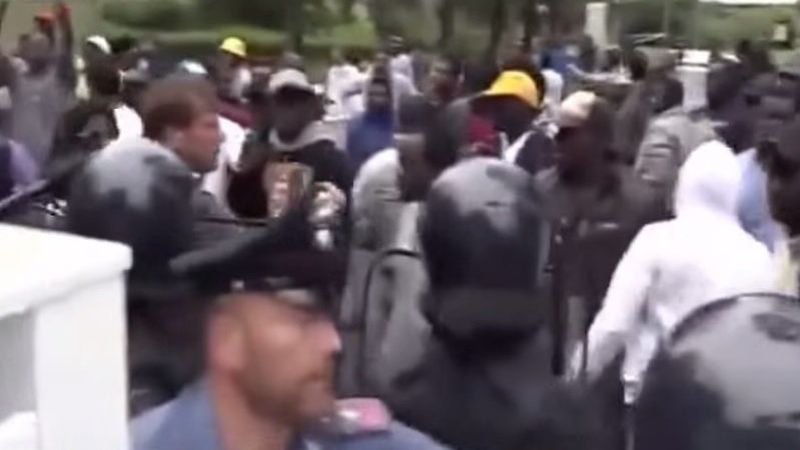 Remember the good ol’ days when people went to another country and assimilated and didn’t slash tires when they weren’t offered the food of their native homeland?

According to this, North African migrants recently clashed with police in Bresso over their “poor living conditions.” They were also mad because the local authorities served them pasta for dinner, and that’s just mean, cruel and inconsiderate of their culture.

For two days, a group of about 40 asylum-seekers staying at a refugee centre in the Veneto province of Belluno refused to eat the “pasta with tomato sauce, bread and eggs” meals they were given and called to be fed food from their own countries, Libero Quotidiano reported.

To reinforce their point, they blocked a street with a wooden bench, put their lunch on the ground along with bags of clothes and threatened to leave the centre in La Secca, a hamlet in Ponte nelle Alpi.

They reportedly said “we do not eat this stuff”.

The refugees also slashed tires, because that’s what you do when you’re bored and sick of pasta.

The protest, which follows similar ones at centres in Pozzallo in Sicily and Rome, was also partly sparked by “boredom”, the newspaper said, as they “do not know what to do with themselves”.

You can’t even make this stuff up.

What a bunch of ingrates.