The arrogance of Barack Obama[1] is simply breathtaking. That isn’t his house, it’s the people’s house. How ironic that it was a transgender illegal immigrant that interrupted him and that he had removed from the White House. Nothing Obama does is radical enough for these whack jobs. They won’t be happy until full blown communism rules the roost in DC. Not only does the hubris of Obama offend me, the rudeness and lack of respect of the illegal immigrant is astounding. This is the environment that Obama has created in America these days. It also has the feeling of being staged. Obama’s anger did not feel genuine – nothing is what it seems in this presidency. 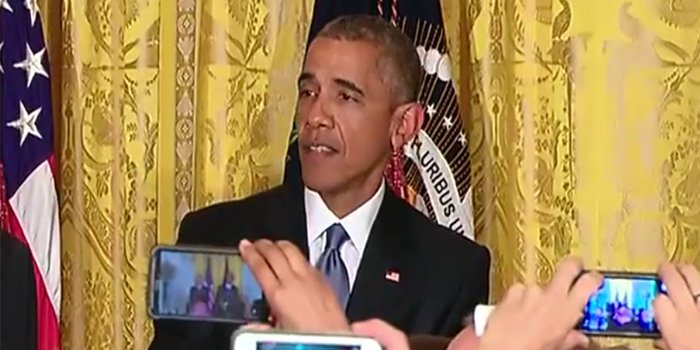 After the reference to his house, Obama continued:

“You don’t start… it’s not respectful when you get invited to somebody… you’re not going to get a good response from me by interrupting me like this.”

Obama’s actions and demeanor are that of a dictator. The haughtiness of his elitism is palpable everywhere he goes. He acts like a petulant child throwing a tantrum and stomping his foot. Much of it is choreographed, but once in a while you get to see the real monster behind the mask. He manipulates every situation and event to be all about him. Obama surrounds himself with sycophant toadies who are Marxists and morons such as Joe Biden who scuttle after him in his wake. I think he is sending a message to all of us here not to disrespect him and to know our place. After all, it’s his house.