Rand Paul: Boehner Will Lose His Speakership If He Passes The Senate Immigration Bill

If John Boehner were to betray conservatives in Congress by bringing up a bill that the majority of his caucus opposes after promising not to do so, he’d deserve to lose his speakership and his job[1], while the GOP would deserve to lose control of the House. 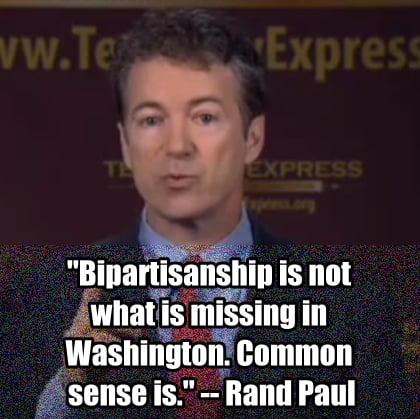 Sen. Rand Paul (R-KY) warned House Speaker John Boehner (R-OH) that he must slam the door on House-Senate conference negotiations over immigration reform or he could be overthrown.

“He has to hold the line. If he passes — if he allows something to pass out of conference that looks anything like the Senate bill, and it is passed with a majority of Democrats, I think that will be the final thing he does as Speaker,” Paul told Laura Ingraham’s radio show on Friday. “I think he knows that, and I think he’s going to be very cautious.”

….”I’m worried about conference,” he said. “And what I would say is, the only way to avoid a problem with conference is for the Speaker of the House to say we are not going to conference and we will not allow a vote on anything coming out of conference that resembles a vote on the Senate bill.”

It’s hard to understand how so many Republicans seem to believe that they can gratuitously lie to the people that put them in office about supporting a path to citizenship without paying a horrible price for it when November of next year rolls around. Could anything be dumber than betraying the people who put you into office in order to help the Democrats pull in millions of new votes? Yet and still, the only thing that seems to be keeping Boehner in line is the fear that he’ll lose his spot as top dog. If you want to know why we lose, having to do this much arm twisting to get the GOP leadership to do the right thing goes a long way towards explaining it.