Perry’s bill, similar to a plan I outlined in Stolen Sovereignty, would require that states affirmatively sign off on refugee resettlement proposals before the federal government and private [taxpayer-funded] refugee resettlement contractors can seed their communities with refugees. Under this legislation, the Department of Health and Human Services (HHS) would have to first submit a plan to the relevant state legislature that includes all of the information concerning costs, criminal history, and health records of prospective refugees. They would also have to provide information regarding said refugee’s affiliation with any Muslim Brotherhood group named as an unindicted co-conspirator in the Holy Land Foundation case. Most importantly, any plan for resettlement must be ratified by the state legislature and signed by the governor, otherwise no refugees can be settled in that state.

Not many states would want done to them what the importation of tens of thousands of Somalis has been doing to Minnesota.

Individual conservatives who are caught in the tortured trap between Democrats, Trump’s antics, and the perfidious party leadership would be wise to run on Perry’s state empowerment bill. It fuses together a major national security issue that has captured the attention of the public with the principles of federalism and state and popular sovereignty. If the Left thinks turning middle America into the Middle East is so popular, why not let the states decide?

Perry’s bill is unlikely to receive any support from Democrats, who have been importing massive numbers of unskilled and largely unassimilable Third Worlders in order to alter America’s demographics to favor socialist rule. If it doesn’t get support from Republicans either, we need to learn why not. 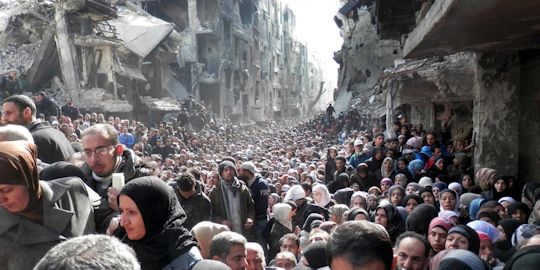 The states would put on the brakes.

On a tip from JusttheTipHQ. Cross-posted at Moonbattery.