It would be irritating under any circumstances for someone to come to this country, become a citizen and then start collecting welfare benefits. If you can’t fend for yourself without taking welfare, why would we want you here in the first place? But, in this case, we have something far more sinister: We funded Jihad against the United States with our welfare system. 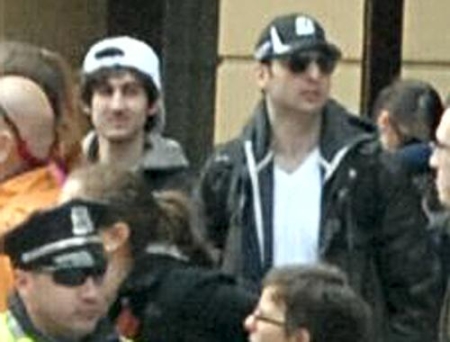 Worse yet, we funded not just the bomber, but his whole extended family including the mom who has reportedly been convicted of shoplifting.

According to the Boston Herald[2],

State officials confirmed last night that Tsarnaev, slain in a raging gun battle with police last Friday, was receiving benefits along with his wife, Katherine Russell Tsarnaev, and their 3-year-old daughter. The state’s Executive Office of Health and Human Services said those benefits ended in 2012 when the couple stopped meeting income eligibility limits. Russell Tsarnaev’s attorney has claimed Katherine – who had converted to Islam – was working up to 80 hours a week as a home health aide while Tsarnaev stayed at home.

In addition, both of Tsarnaev’s parents received benefits, and accused brother bombers Dzhokhar and Tamerlan were recipients through their parents when they were younger, according to the state.

Supposedly, we’re looking for another dozen terrorists that may be connected to the Tsarnaev brothers. Maybe we should start by combing the welfare rolls.