THIS Young SUPERSTAR Challenged To Stay A Week In Refugee Camp, Since She Says They’re Harmless…

I would love to see Emma Watson[1] spend a week in a migrant camp… without guards. A camp in Calais, France where she can experience firsthand the poor, misunderstood Muslim immigrants she champions. She can prove to us and herself that these souls are indeed non-violent and won’t rape the ever-loving hell out of her. I dare her. If she did that, it would end very badly for her and I suspect even as empty headed as Watson is, she knows that. Watson has been making the news over the past year for her outspoken feminist stances, and was made a “Goodwill Women’s Ambassador” by the U.N. So, I think it is only right that she show us all the error of our ways. 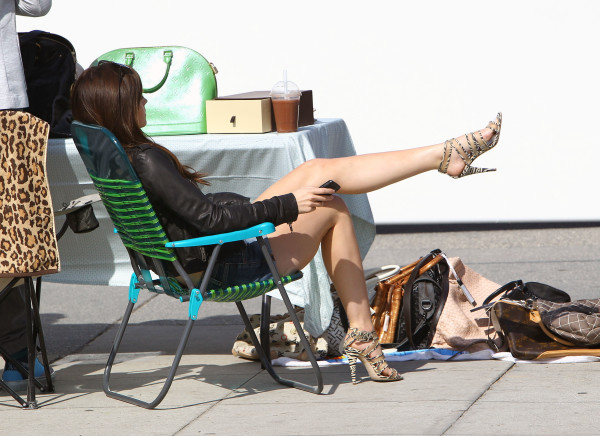 Actress Emma Watson, who is best known for playing Hermione in the “Harry Potter” films, might not be too pleased with a petition that is gaining popularity on the internet.

The Change.org petition calls for Watson to spend a week at a migrant camp in Calais, France:

“In order to show how safe current migration is to Europe, particularly regarding the cause of feminism (I reject wholeheartedly the notion that North African and Middle Eastern migrants are unsafe, and rapists), Emma Watson should spend a week’s holiday in a Calais migrant camp, without guards of course, to show how safe, and how pro feminism these migrants are.”

What’s more, she should welcome them into her home if she thinks they are so great. What a hypocrite this woman is. Over 13,200 have signed the petition so far. The goal is 15,000. Any bets on whether Emma Watson will put up or shut up? Maybe Emma Watson should live a little less in make-believe neverland and a little more in the real world. You know the one where Islamists rape pregnant women at 9:30 am on a sunny, German morning. That kind of world, instead of the rich, elitist removed reality she currently inhabits. We’re waiting Emma.