Three men were shipwrecked[1] on the island of Weno in Micronesia when they had the brilliant idea to spell out ‘Help’ on the beach with palm fronds. They had been there for three days before they thought of it. A US Navy crew out of Japan that was conducting a search saw the message and rescued the men. All three were holding life jackets. That’s a very remote part of the Pacific and they were very, very fortunate the Navy was out conducting a search. They had their own private Gilligan’s Island without the hot chicks. No wonder they wanted to go home. Heh. 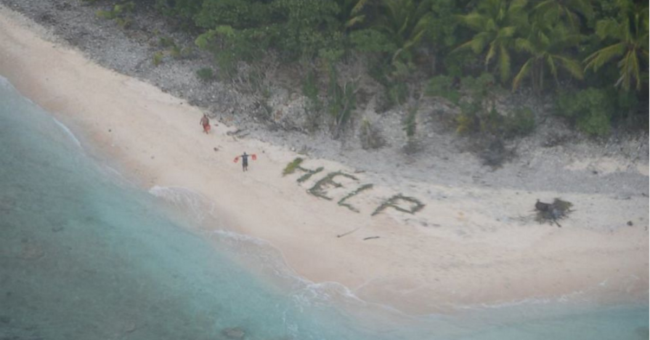 After being stranded on an uninhabited Pacific island for three days, three men were rescued after they used palm fronds to spell “help,” ABC News reports[3].

The trio, who was on a ship headed towards the island of Weno in Micronesia before they got stranded, were discovered by a US Navy crew from Japan that was conducting a search and who noticed the sign as well as the men holding life jackets.

“Our combined efforts coupled with the willingness of many different resources to come together and help, led to the successful rescue of these three men in a very remote part of the Pacific,” Sector Guam public affairs officer Lt. William White said.

Officials at Sector Guam received notification on Tuesday morning about a ship that was missing on its way to the island of Weno in Micronesia. Rescuers from a variety of sources joined in and searched an area in the last known location. And because of some quick thinking by these men, they were rescued. I can’t imagine how thrilled they were to see the Navy or how ecstatic they were to get home. I think that’s enough adventure for a while boys. Just sayin’. 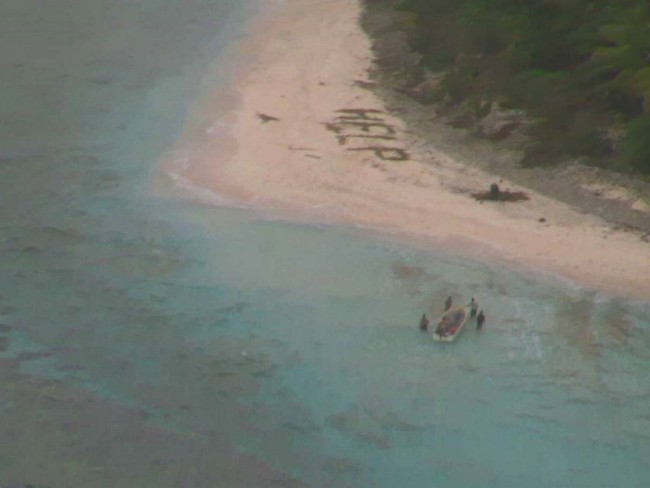 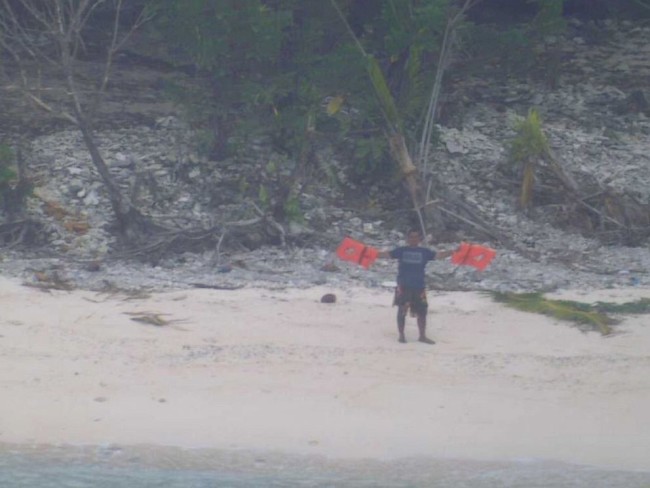 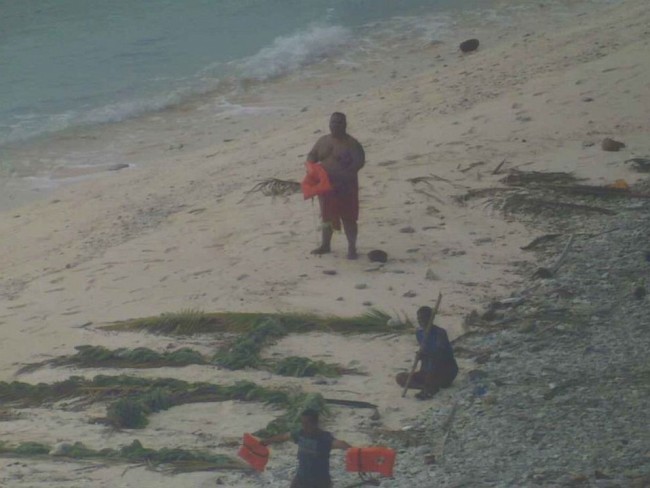