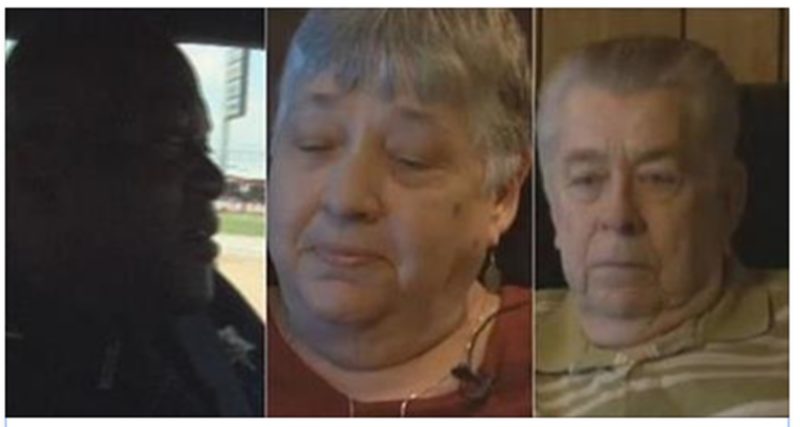 Deputy Jackie Loveless, a Louisiana police officer, was just doing his job on an average day. “”I was parked at Taylor’s Grocery looking for speeders heading west,” he said. “When they came by, they were speeding.” ‘They’ were Maxine Morgan and her husband, who were driving through Bossier Parish on their way to Shreveport. “So I really wasn’t paying attention to my speed going down the road,” Morgan admitted.

“I was paying attention to my driving,” she added. “But my mind wasn’t there.”

Loveless called in the location, ran the tags and pulled Morgan over. But first, he said a quick, silent prayer. And then the traffic stop commenced, with Loveless making small talk. And that’s when Morgan explained where they were going in such a hurry: to a memorial service for her daughter, Daphne. She had died only days earlier.

“It’s hard, very hard,” Morgan said as she cried. “It’s the hardest thing in the world to have to give up one of your kids.” Loveless was clearly moved and in a compassionate gesture, he reached into the vehicle and took her hand. “I asked her, ‘Ma’am, do you mind if I pray with you?'” he recounted. Morgan and her husband didn’t hesitate; they immediately said yes.

“It just touched me so much,” Morgan said. “He took the time to pray with us.” But it seems like it’s not an unusual gesture for Loveless to make. “When the spirit of the Lord comes up to me to pray, I’m obedient to him and pray with that person,” he explained. And it clearly meant a lot to the Morgans. “In the middle of prayer, she grabbed my hand and held my hand real tight. And tears started coming from her, tears of greatness and tears of appreciation.”

His moment of prayer won him praise from the sheriff. “Jackie understands we deal with a lot of people, but in a lot of times in the most stressful, critical event they’ve ever had to deal with in their lives,” Bossier Parish Sheriff Julian Whittington said. “He exemplifies, first off, a man, a Christian man.”

“99 percent of what we do is positive and people need to know that,” Whittington added.

Loveless didn’t end up writing the Morgans a ticket that day and the memory of his prayer when they needed it the most will likely stay with them forever. “I think he was our miracle that day,” Morgan said.