John McCain’s cancer diagnosis has shown that people on both sides of the aisle can come together when it counts. While the political atmosphere is often described as toxic, it’s important to remember that while many lawmakers disagree politically, they also like and respect each other. So it’s not surprising to see such an incredible and positive bipartisan response to McCain’s diagnosis[1]. 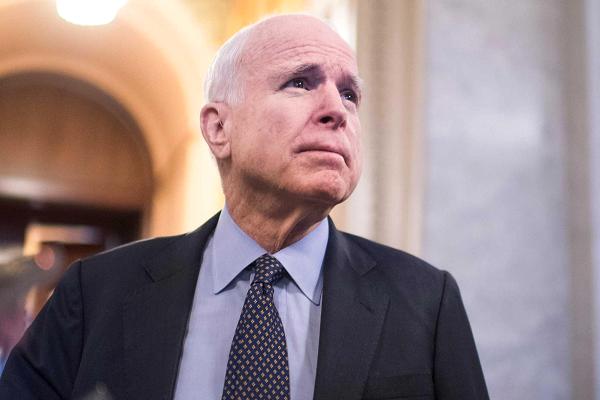 McCain, a moderate Republican, is not only a politician who has served for decades in the Senate, he’s also a war hero who served his country with courage and honor, while enduring torture for almost six years as a prisoner of war in Vietnam. And many of his colleagues in Washington, D.C. are rooting for him to beat this particularly deadly form of cancer.

President Barack Obama said that cancer “doesn’t know what it’s up against” and urged McCain to “give it hell.”

John McCain is an American hero & one of the bravest fighters I've ever known. Cancer doesn't know what it's up against. Give it hell, John.

John McCain is as tough as they come. Thinking of John, Cindy, their wonderful children, & their whole family tonight.

While Tim Kaine called him an American hero:

Thinking about a hero, my Chairman, my friend John McCain. Stay strong!

Nancy Pelosi said that she was “privileged” to call McCain a friend.

Thinking about a hero, my Chairman, my friend John McCain. Stay strong!

No one is tougher than Senator John McCain. Period.

John McCain is an American hero and a relentless fighter. I wish him Godspeed in this fight and look fwd to welcoming him back to work soon.

Praying for my friend @SenJohnMcCain[8], one of the toughest people I know.

[email protected][8] is an American hero. I pray for him and his family. I look forward to seeing him soon.

One of the most touching responses came — unsurprisingly — from Mcain’s daughter, Meghan, who released a statement expressing her love for her father and saying that she doesn’t want to live in a world without him in it.

Here’s hoping and praying that McCain has a quick and full recovery.