His Family Was Prepared to Watch Him Die. But Then a Miracle Happened.

It’s every parent’s worst nightmare: a horrible accident happens, and doctors tell you that your child will die as soon you take them off of life support. That’s what the Milliken family expected, but instead, they got a miracle. 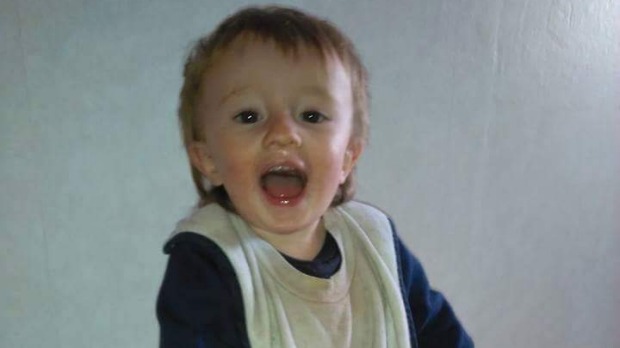 A toddler critically hurt by a falling television is a “Christmas miracle” after defying the odds to survive, his family says.

Oamaru 17-month-old Daniel Milliken will never walk again after that accident at home. His family are just happy he is alive.

Daniel has spent nine days in Auckland’s Starship Children’s Hospital after a television toppled from a cabinet on December 8, crushing his head.

Police said there was nothing suspicious about the “tragic incident”.

Daniel’s family sat down with a doctor on Monday. They were told his brain injury was so severe he might stop breathing when the ventilator tube was removed, his half-brother, Michael Clarke, 20, said.

“[The doctor] pretty much said that he would die within minutes or there was a very small chance he could live longer, but they weren’t going to get our hopes up.”

Surgeons had already operated on Daniel, removing a small portion of damaged brain.

Relatives gathered in Daniel’s room on Tuesday and “prepared to watch him die”, Clarke said.

Doctors let Daniel’s mother cradle him while they removed the tubes. Daniel began to cough before breathing on his own.

“We’ve had a bit of a Christmas miracle … the doctor told us within minutes of removing the tube he’d live for a long time.”

Another doctor on Tuesday night confirmed Daniel was well enough to leave the intensive care unit for the children’s ward.

Clarke described the past week as “a rollercoaster ride of emotions”, with Daniel surprising the hospital’s neurologists and brain surgeons.

Daniel has started to regain consciousness as doctors wean him off morphine.

Clarke said his half-brother would never walk and they were unsure if he would talk.

“We’re just happy to still have him.

“He’s good for now, we don’t want to get anyone’s hopes up, but he’s doing the best he can be at this point in time.”

The fact that Daniel was able to survive is indeed miraculous. God truly was watching out for this family.