Stranded Woman Is SHOCKED When Servicemen Stop For Her In Road

For most people, getting stranded on the side of the road ruins their day. And for one woman, that’s almost what happened. But when a group of servicemen stopped to help her, it changed everything. 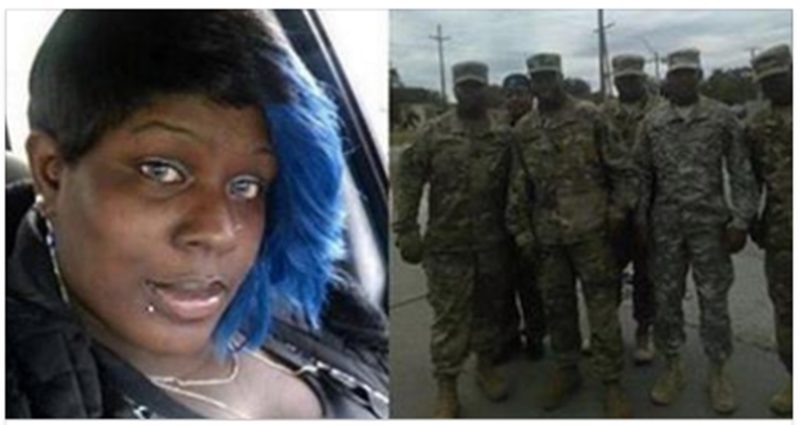 Mary Mingo Williams was driving home in Port Arthur, Texas when her car broke down, leaving her stranded at a traffic light. She tried to move the car, but it wouldn’t budge. As other drivers began to get frustrated, she got out and tried to push the car out of the way. All the while, people were honking and screaming at her, even as she struggled to move the car.

After a while, after still having no success, she looked up and saw something unexpected: “almost a platoon of army men” coming to help.

“I just ran out of gas coming from my job at Savannah and 25th Street, the light changed and the car stopped,” Williams wrote on Facebook, in a post shared by the “Love What Matters” Facebook page. “I got out and started pushing my car nobody stopped to help me trucks passed by me. People had the nerve to blow their horn at me and they see me pushing this car. I don’t know where they came from but all of a sudden I had almost a platoon of army men they pushed my car literally from motiva Terminal Gate to the Citco station on Gulfway Drive do you understand what I’m saying they pushed my car on their feet. When we got there I asked him, ‘Can I please take your picture to let people know there are still young men in the world that will stop and offer their assistance to a woman in need?’ They said yes.”

But things were only about to get better for the good Samaritans.

Williams had taken a photo of the men, but a stranger had also seen what had happened. He walked over and offered to buy the men some food as a thank you, and then made a generous gesture to Williams.

“At the gas station this man jumped out of his truck, pulled a $100 bill out of his wallet and offered it to them for them to go get themselves a meal,” she continued. “They all said at the same time ‘No sir we cannot accept that we were doing what we were raised to do.’ This same gentleman turned around and put gasoline in my car and told me keep the money that I had in my pocket.”

The kindness touched Williams and she wanted to publicly express her gratitude, writing, “I thank each and everyone of you from the bottom of my heart.”