Infertility can be one of the most difficult and heartbreaking things a couple has to go through, which makes a pregnancy even more magical and exciting. And when this husband learned that his wife was pregnant after they had struggled to conceive, he had an amazing reaction. 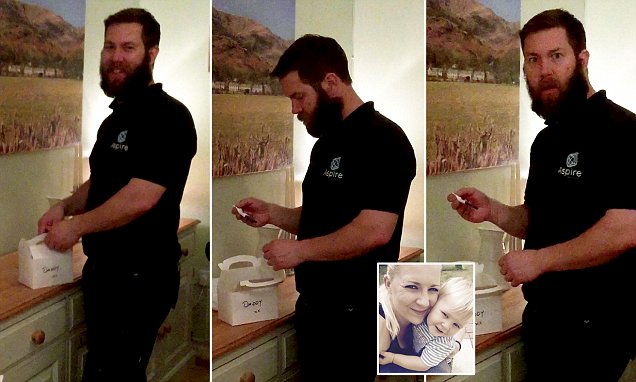 Beth Wilson, 34, from Calne, Wiltshire, was amazed to conceive naturally and decided to film the moment she broke the news to husband Jamie, 37.

Desperate to add to their family, they were due to start an expensive round of private fertility treatment to help them conceive baby number two.

In September, they were just days away from starting IVF when photographer Beth began to feel nauseous.

The 34-year-old was delighted to learn she was four weeks pregnant – and she decided to surprised her husband by wrapping the positive test in a gift box with a note that read ‘Daddy’.

The mother-to-be pretended to be taking a selfie and filmed her oblivious husband, 37, as he opened the package – thinking it was a homemade gift from his son.

The emotional 44-second video shows the carpenter chatting cheerily about his drive home before his mouth falls open when he sees the test.

But the penny finally drops and he cracks a huge smile before shouting ‘are you kidding me?!’ at his giggling wife.

He is seen laughing with tears in his eyes as their son Eli comes into view clutching a milk bottle.

The news means that the pair will no longer have to undergo further IVF treatment.

This is a moment they’re going to want to remember for the rest of their lives. Good thing they got it on tape!