TRAGEDY: 12 Year Old Boy Breaks Past Police To Enter Burning Home And Save His Father, BUT Then…

Norristown, PA: A house fire breaks out and family members scramble. Flames are too high for firemen to enter and rescue anyone trapped inside. The family fears the father, who had a hip replacement and isn’t very mobile, is trapped. Family members try to get inside, but authorities hold them back. 12 year old Sanford “Man Man” Harling[1] breaks free, rushes into the home, searches for his father and gets . Dad managed to leap out a window, breaking his back in the fall, but tragedy strikes and “Man Man” is trapped in the fiery kitchen to perish. 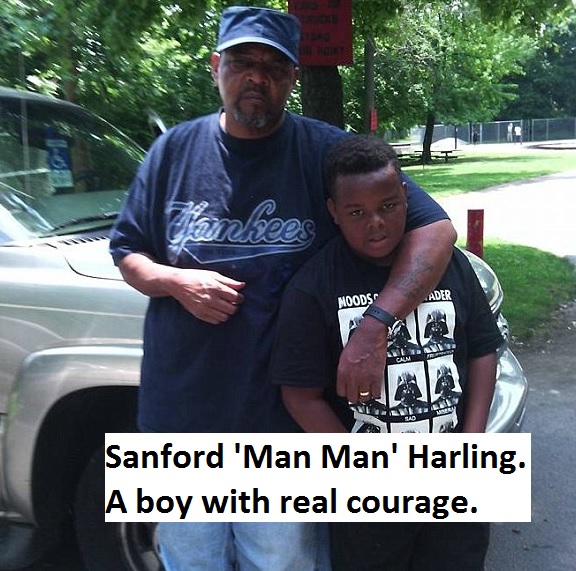 Witness Tree Alexander said neighbors were pulling the family to try and keep them from running back inside, she told 6 ABC.

But Sanford, who was home sick with the flu, managed to get past them. He ran into the home engulfed by flames on the first and second floor.

The flames were initially too severe for firefighters to go after Sanford, who died after he got stuck in the kitchen.

Sanford’s father, also named Sanford Harling, survived the fire by jumping out of a window.

To establishments like Vanity, Glamour, ESPN – this is what courage looks like, you worthless nitwits. Sanford “Man Man” Harling. Remember his name next time you need an ounce of courage.