VIDEO: She Was In the Bath When Her Dog Ran In and Bit Her Arm. It Saved Her Life.

Dogs are called man’s best friend for a reason. One family found that out firsthand when their dog saved this woman’s life. 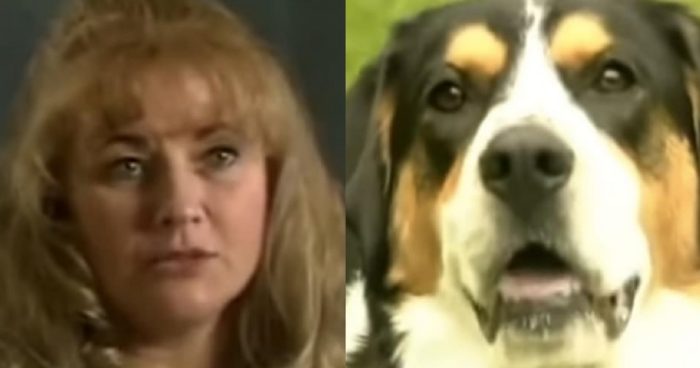 Patch lived with Nola and Richard Davis and their two children, Andrew and Clara. Brought home as a puppy, the children delighted in their new friend.

As Patch grew, Nola and Richard realized he was becoming much larger than they’d expected. They lived in a cozy house with a tiny backyard and worried their home would no longer be suitable for such a large dog. Nola and Richard considered finding a new home for Patch.

The Davis children protested, and their parents hesitantly agreed to hold off on making any final decisions. Little did the family know that come nightfall, their lives would be changed forever.

Nola was bathing in the bathroom, the one room Patch avoided due to his dislike of water.

She was home alone, radio blaring as she relaxed in the tub. Suddenly, the dog ran inside and began biting at Nola’s wrist with a sense of urgency that made Nola get out of the tub immediately. To her shock, fiery flames were engulfing the bathroom, and the entire home.

Patch led Nola through the flames. “He held onto me, and then he would turn and make sure that I ran into his back-end before he would go any further,” Nola recalled of her escape. They reached the safety of the front yard, but Patch wasn’t yet satisfied they were safe.

Nola realized her car was in the path of the flames, and instinctively wanted to move the car before it blew up. She wanted to run inside to grab her car keys, but Patch refused to let her inside. He growled and pushed her away from the front porch.

This dog is obviously a keeper. There’s no way you can get rid of an animal that saved your life.