VIDEO: Ten Weeks Ago, Only His Father Could Understand Him – Now He Can Speak to the Whole World

Being able to communicate with people is one of the most important skills that a person could ask for — not being able to do so leaves you isolated and alone. That was the fate of one deaf teenager, who was only able to communicate with his father for his entire life… but all of that changed when he was finally taught sign language, and now he can speak to the entire world. 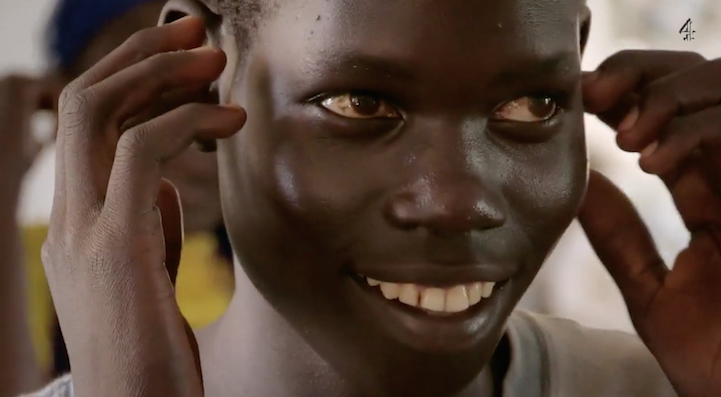 Patrick Otema, 15, is the only deaf person in his remote northern Ugandan village, and until recently, he couldn’t really communicate with other people since he’d never been taught sign language.

He spoke only with his father, through a series of rudimentary gestures.

That all changed when Patrick had the opportunity to take signing lessons with a group of other, similarly isolated deaf Africans.

After 10 weeks of learning to sign, Patrick was proficient enough to share his dream: teaching other deaf people.

He was also able to share a joyful message with the world: “I want to wish everyone a happy Christmas!”

Imagine spending your entire life trapped inside your head, unable to communicate with anyone, only to suddenly be able to speak to anyone you wished. It would be life-changing. And what makes this story truly inspirational is that Patrick not only has learned to speak for himself, but he’ll be passing that skill on, by teaching other deaf people as well. It’s a happy Christmas, indeed.