It’s starting to look like all the negativity towards police from protesters is backfiring. Instead of hating police, citizens are rallying behind them — like one former officer who created a “blue light week” in support of police. 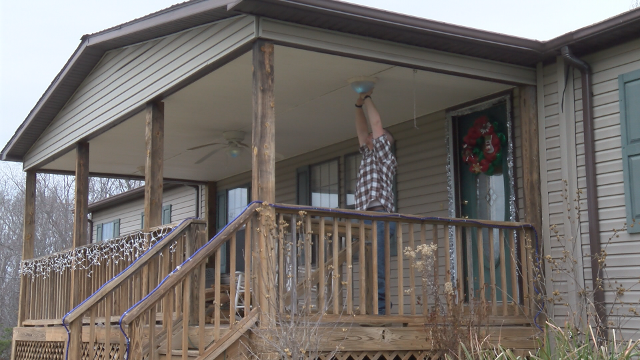 With just the flick of a switch and a few colored light bulbs, Daniel Jessup is spreading his message across the country.

“Police officer’s lives matter just as much as my life and your life, and everybody else’s,” Jessup said.

Jessup is a former police officer himself. He served as a Petersburg, Va. Police officer and a Sussex County Sherrif’s deputy for a total of six years. He’s new to the Moneta area and in the process of finding work in town.

His message is one that he feels has fallen out of trend.

“There is a lot of disrespect toward law enforcement, especially now and I think it’s important for our younger generation to understand and respect law,” Jessup said.

Jessup and another law enforcement friend came up with the idea to replace outdoor and window lights with blue bulbs for the first week of the new year.

“A lot of officers do make the ultimate sacrifice and that’s what this Blue Light Week is all about,” Jessup said.

It’s pretty trendy to hate cops right now, but the pendulum, at least for now, appears to be swinging the other way. Police officers have one of the most unappreciated jobs in existence, with people most of the time refusing to show any gratitude or appreciation for the fact that these men and women put their lives on the line for us, every single day… and it’s about time that they get a little bit of support for once.