Despite what the harpies on The View may think, nursing is one of the most noble professions there is. And one woman has never forgotten the nurse who cared for her during one of the toughest times of her life — and now, 40 years later, they will finally be reunited. 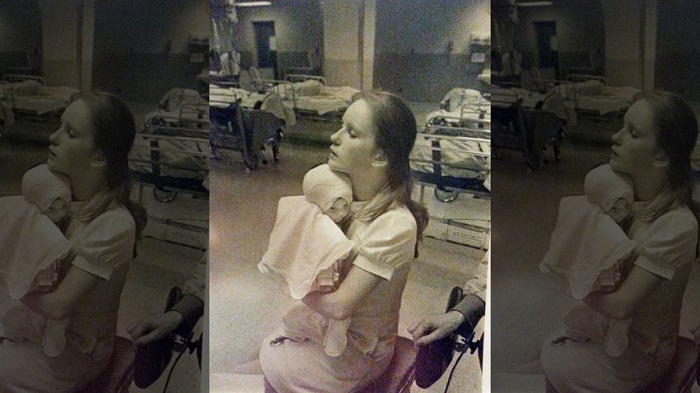 A woman who suffered severe burns as a baby is today set to meet the nurse who cared for her almost 38 years ago thanks to a Facebook appeal.

Amanda Scarpinati, from upstate New York, says she has always treasured the black-and-white pictures of herself as an infant being comforted by a young nurse, which were published in an annual report by Albany Medical Center in 1977.

For 20 years, Ms Scarpinati, 38, a human resources manager has searched for the nurse, whose name wasn’t published on the pictures, so she could thank her for all the care she gave her.

Earlier this month she posted the pictures to Facebook but doubted her plea would help put a name to the nurse’s face.

But within 12 hours, the picture had gone viral and Angela Leary, a former nurse at Albany Medical Center, sent Scarpinati a message saying the nurse in the photo is Susan Berger, who had moved to the Syracuse area years ago.

The pair have now talked on the phone and plan to meet in person today for the first time since the picture was taken.

A nurse can make a big difference in a person’s life, because what they do goes so far beyond just medicine. They care for people, and when someone is at their lowest, care and compassion can make all the difference.