An Interview With Mary Eberstadt On Her New Book “How the West Really Lost God: A New Theory of Secularization”

I interviewed Mary Eberstadt last week on her new book, How the West Really Lost God: A New Theory of Secularization[1]. Here’s the slightly edited transcript of our interview. 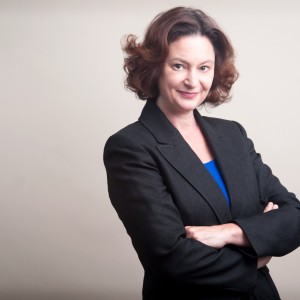 One of the core ideas of your book is that declines in Christianity and the disintegration of the American family are strongly connected. Can you talk about that, especially in light of the fact that birth rate/religion don’t always seem to be tightly connected in every circumstance?

…In Western Europe you now have historically low rates of church attendance and religious affiliations and in the United States, which although it’s more religious than Western Europe, you’re starting to see the same sort of patterns. A lot of people looking at this say, “Well, this makes sense because religion will inevitably decline as people get more educated, more sophisticated and more prosperous.” And that, John, is the storyline that has been handed down since the enlightenment. The idea is that Christianity will inexorably go away. The problem with the story is that it’s not correct. If you look at the historical timeline, you do not see inevitable decline. What you see is that Christianity has been strong in some places and times and weak in other ones. When I examined those cases where it was strong, it looked as if what was always going on at the same time was some kind of family bubble — and let me give you a very concrete example.

In the 1950s, well, in the years following World War ll and leading into the early 1960s there was a religious revival across the western world not only in the United States but in Europe, Canada, New Zealand, Australia — and this is well documented and there’s a lot of data in the book in the footnotes about this. If that religious revival was not foreseen by demographers or economists, what else was going on during those years?

Well, the interesting thing is that there was another kind of revival simultaneous with this one which was the much more noted baby boom. The baby boom was itself preceded by a marriage boom and so you see a situation where these things are all going hand in hand or rather in the image of the book, they are a double helix dependent on one another for a successful reproduction.

I examined other historical instances in the book and came to the same conclusion; the family and family structure are not just a footnote to religious decline, which is the way conventional sociology has had it. They’re intricately connected to it and in the book, I explore various reasons why this might be so.

This is essentially an optimistic book because what I’m trying to do is counter the prevailing theory, which is a theory of inevitable decline — with a different theory that says it’s not about inevitable decline, it’s about what makes Christianity come and go in the world. What makes it stronger in some places than others? Now in Western Europe right now, it is remarkably weak considering that Western Europe was formerly known as Christendom.

In Scandinavia right now we see another example of my thesis at work. In summary, Scandinavians have the lowest level of religious profession in the world. Something like 10 percent of Scandinavians believe in hell, for example, which is the lowest survey. Scandinavia is now so secular that sociologists are studying it to see what they can learn. Now what else is going on in Scandinavia?

Well, Scandinavia has pioneered low birthrates, out of wedlock births, and more recently a very interesting phenomenon which is that half of the households in Scandinavia are solo households. There’s only one person in them. So, here we have on the one hand a petri dish of the decline of Christianity, but on the other hand the petri dish of the decline of the family — and this is my point, these things go hand in hand. Religious decline is not occurring in a vacuum. It is occurring in tandem with and powered by family decline.

So if you’re an atheist or agnostic, should you be cheerleading this? Should you be happy that this has happened?

Well, some of them are and the new atheists especially have been pretty aggressive about getting out the party wagon, but I think that is shortsighted. The reason is that what Christians are not good at doing is sticking up for themselves in the public square. They really should because there is a lot of secular evidence out there, which I mentioned in the book. An entire chapter is devoted to this subject to show that religious believers are more likely to do the kinds of things that most people would say are good things.

For example, they are well documented to be much more likely to give to charity. They are much more likely to volunteer their time. They’re even more likely to donate blood than our secular people. I’m not saying that to knock the secular people; I’m saying that those are the kinds of things that benefit everybody whether you’re a Wiccan or whatever else you might be. You benefit from having people like that in the public square. So, no, I don’t think that atheists and seculars should be out celebrating the decline of Christianity, quite the opposite.

I think most of the stigma is gone for sure and one result of that is that the state has had to step in and be a father figure in many homes, be a provider, et cetera. A lot of the welfare state is actually picking up the pieces of the fractured western family. Now here we get to another really interesting scenario, I think, because if you read the financial pages, it looks as if the welfare states of the West cannot be sustained forever; just as a demographic matter there are too few taxpayers to go around.

Over in Europe where the birthrate’s been lower than ours for awhile now, you’re really starting to see the effects of this. So to play futurist, what will happen down the road if these welfare states prove to be incapable of doing what they’re doing now, namely providing cradle to grave help for the fractured family?

That I think is the biggest question facing us and on one reading of the facts, which I think is probably the most accurate, the cataclysm of the imploding welfare states will itself bring about a family and religious revival because in times of adversity, people turn to what’s organically connected to that — and they turn to their families, they turn to their churches. We saw this after 911 when people who had not set foot in a church or synagogue in many years were suddenly doing it again.

So the, what, what’s going to happen with the welfare state is the biggest question mark that’s looming over all of this and it, it very well could power a revival that no one has seen coming any more than the baby boom and the marriage boom and the religious boom of the 50s was predicted.

What you’re saying there, this is our last question, makes absolute perfect sense — that if we had the welfare state collapse, people could move back to a working system. You could see a revival of Christianity and family. For those of us who are Christians and hope we don’t have to go through a collapse of society to get back to our Christian values, is there anything we can do, that you think Christians should be doing now to help get that kind of revival going?

I think shining by example is probably the most important thing. Yesterday I was on a radio show, a Christian show, and I was really struck that all of the ads were about donating to victims of this or that catastrophe. You don’t get that in the secular world. Once more, that’s not to knock secular people, but I think the more fractured and atomized society becomes and the more Christians are taunted in the public square the way they are right now, they’re called extremists and marginalized in various ways.

I think the more what they actually do is going to shine as a contradiction of all that. So I don’t think they need to do any more than they are doing, which is trying to live up to what they believe.

I appreciate your taking the time to do an interview with me so much.

Oh, yes, and it’s fun to talk about the big picture stuff, isn’t it?

It absolutely is and I appreciate your time so much.