American Businessman Who Is Supporter of Nuclear Deal, Arrested in Iran… Obama MIA

This is the third businessman[1] since September to be arrested in Iran. He is the fifth American to be thrown in an Iranian prison. There are whispers out there that Kerry and Obama may strike a deal to get the prisoners back by releasing 19 Iranians held in American prisons for sanctions violations. That figures. Siamak Namazi, is an American-Iranian businessman who works for Crescent Petroleum. He is a big supporter of the Iranian nuclear deal and has pushed to have sanctions removed from Iran.. He also played a role in originally crafting the Iranian deal. His family is well-connected in Iran, but that doesn’t seem to make a difference here. The Iran Revolutionary Guard Corps intelligence division nailed him and threw him in the notorious Evin prison. Prisoners tend to die there, but I’m having a hard time finding sympathy for the man. 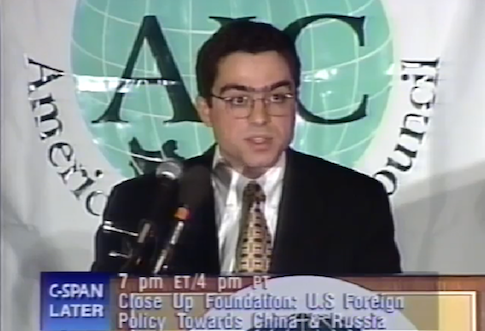 Meanwhile, Obama gives them billions and opens the way for nukes.

An Iranian-American businessman has been arrested in Iran, making him the fifth U.S. citizen currently imprisoned in the country as Washington prepares to loosen economic restrictions on Tehran under the nuclear deal.

Siamak Namazi, an executive at Crescent Petroleum Co. and a prominent supporter of the U.S. nuclear deal with Iran, was reportedly detained two weeks ago while visitg family in Tehran and is being held in Evin prison.

Namazi reportedly played a role in the early development of the National Iranian American Committee (NIAC). The U.S.-based organization worked closely with the White House to advocate for the nuclear deal, and has also been accused of lobbying for the interests of a segment of the Iranian regime.

The State Department said it is aware of the reports about Namazi’s detention and is monitoring the situation. The department had no additional details to share as of Thursday.

Namazi is the third foreign businessman arrested in Iran since September, according to reports. The government also detained a European businessman and a Lebanese tech expert visiting for a trade conference, according to IranWire[4], although there is no indication any of these arrests are related.

The four other American citizens currently being held in Iran are Jason Rezaian, a Washington Post reporter who was sentenced to 14 months in prison on supposed “espionage charges” earlier this month; Christian pastor Saeed Abedini; former U.S. Marine Amir Hekmati; and former FBI agent Robert Levinson, who disappeared in Iran in 2007. All of the Americans, except Levinson, also held Iranian citizenship. The Daily Beast reported[6] that Namazi’s email account might have been hacked after his arrest, with several of his American contacts reporting that they received suspicious “phishing” messages from his account. Similar messages were also sent to friends of the European businessman who was arrested in Iran in September, according[7] to IranWire. If this is how Iran treats its friends, just think how they’ll do their enemies. Meanwhile, Obama is again missing in action on a golf course somewhere. This is how he treats his friends as well.