An Open Letter From A Retired Army Staff Sgt About The Iran: “A stain on the honor of our troops.”

Retired Staff Sgt. Robert Bartlett joined the Army after 9/11 at the age of 30, because he wanted to serve his country. An Iranian manufactured roadside bomb killed one of his friends and left him severely injured, but he says he’s never had any regrets — until now. 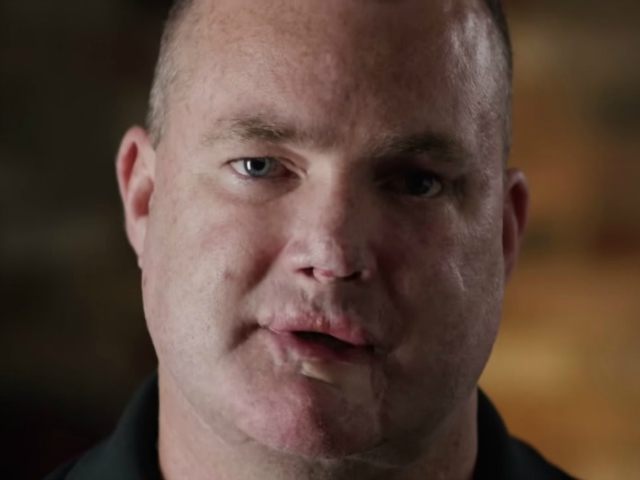 The so-called Joint Comprehensive Plan of Action (JCPOA) recently negotiated with Iran is nothing less than a stain on the honor of our troops who lost their lives and limbs to Iranian state-sponsored terrorism.

For months leading up to the deal, our government assured us that it was negotiating solely about Iran’s nuclear program, and that, in the words of the State Department, “U.S. sanctions on Iran for terrorism, human rights abuses, and ballistic missiles will remain in place under the deal.”

But no matter how much diplomats and lawyers try to spin it, the inescapable fact is that the actual Iran deal legitimizes the terror masters responsible for my injuries and those of thousands of other Americans. Specifically, the JCPOA will help remove sanctions against Iranian Gen. Qassem Soleimani and the Islamic Revolutionary Guards Corps Quds Force.

In a 2013 profile of Soleimani in The New Yorker, Gen. Stanley McChrystal, the former head of the U.S. Joint Special Operations Command who helped lead the surge in Iraq, discussed the fact that nearly 20 percent of combat deaths of American troops in Iraq were caused by “explosively formed projectiles” or EFPs — the very weapon that severely injured me in 2005.

McChrystal affirmed what the U.S. military has long known. “There was zero question where they were coming from. We knew where all the factories were in Iran.” The chairman of the Joint Chiefs of Staff, Gen. Martin Dempsey affirmed this conclusion in his sworn testimony before the Senate this month.

Yet, the Iran deal goes beyond letting Soleimani and the Quds Force get off the blacklist. It also lifts sanctions against Bank Melli and the Islamic Republic of Iran Shipping Lines, two Iranian state-owned entities that our own government has directly linked to the Quds Force responsible for the attacks on our troops in Iraq.

In 2007, the Treasury Department designated Bank Melli, stating that “Bank Melli also provides banking services to the IRGC and the Quds Force. … From 2002 to 2006, Bank Melli was used to send at least $100 million to the Quds Force.”

Now, Iran is poised to receive somewhere between $50 billion and $150 billion in released assets, a “signing bonus” for agreeing to the JCPOA. I have seen firsthand what Iran was capable of when it had hundreds of millions (not billions) of dollars to support terrorism against our troops. I bear witness every day to what Iran and its Quds Force do with the resources at their disposal. What Qassem Soleimani and the Quds Force need is proper reckoning. What they are getting is a reward — for murdering Americans.

Advocates for the Iran deal cast it as a choice between diplomacy and war. It is not. The JCPOA is not an act of diplomacy; it is an act of capitulation, memorialized in words. As such, the alternative to the deal is not war, because Iran is already waging war against us. I am living proof of that. No, the alternatives are between capitulation and resistance, between colluding with our enemy and having the self-respect to oppose him.

As a country, we may choose to ignore Iran’s crimes. We may avert our eyes from their nuclear ambitions. We may applaud our diplomats for extending an olive branch to Iran’s “moderate” government. But no matter what lies we tell ourselves, like many of our veterans, I have seen the truth on the streets of Baghdad.

In Iraq, I and thousands of other American troops worked to protect Shi’a civilians from attacks by Sunni insurgents and we risked our lives every day to assist a duly elected Iraqi government that was majority Shi’a and friendly with Iran. None of that mattered when it came to Iran’s appetite for American blood.

I witnessed first hand how desperately the Middle East needs positive change, but an Iranian regime on the march, armed with shiny new Russian and Chinese weapons and flush with billions of dollars in unfrozen cash is not the change we have been waiting for. It is, instead, the opening moments of what promises to be a vivid nightmare. The only question remaining is whether America will wake up in time.

How anyone could think that giving Iran billions of dollars could ever be a good idea is beyond hard to figure out. And as Bartlett so eloquently points out, this is a huge slap in the face to every service member who has ever fought, been injured, or died in the Middle East.