As US Greenlights a Nuclear Iran, the DOE Closes the Last American-Owned Uranium Plant

In a move that even Democrats are calling “shortsighted,”[1] the Obama Administration and the Department of Energy have decided to shutter the American Centrifuge Project in Piketon, Ohio. That is the last American-owned Uranium plant in the United States. The national security and energy implications are grave and life-threatening to this country. We used to produce about 50% of the world’s uranium. Now, we produce less than 10%. With this closure, we will have to rely on reserves that decay within 12.5 years. We will have to go to foreigners, specifically our enemies, to get uranium for nuclear weapons and for energy needs here in the US. In other words, Obama has fast-tracked Iran going nuclear and has fast-tracked the US for being denuclearized in every way. This is beyond alarming. Obama is not just gutting us militarily… he’s stripping us of the ability to even produce what we need to defend ourselves. It’s called treason. 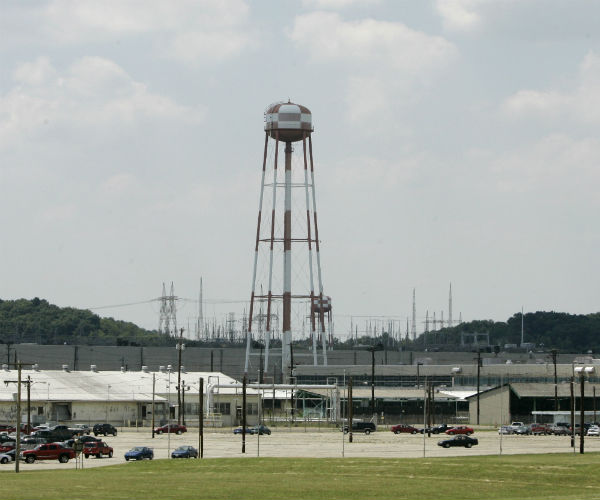 The Obama administration plans to close the last remaining American-owned uranium enrichment facility in the United States, even as it moves forward on a controversial nuclear deal with Iran that permits the Islamic Republic to conduct ongoing and significant uranium enrichment.

The U.S. Department of Energy (DOE) has informed Centrus Energy it will end the American Centrifuge project in Piketon, Ohio, on Sept. 30. Notices have been issued to some 235 workers that their jobs are in jeopardy.

“We have concluded that continued support from the federal government for additional data from Piketon operations has limited remaining value,” a joint DOE/National Nuclear Security Administration statement said, reports the Chillicothe Gazette[3].

“This is beyond belief,” Rep. Brad Wenstrup, R-Ohio, responded in a statement. “While this administration is greenlighting uranium enrichment in Iran and legitimizing 6,000 Iranian centrifuges, they’re shutting down domestic production here in America.”

Wenstrup called the closure decision “a dangerous threat to our national security.”

In its announcement that it will shutter American Centrifuge, the DOE announced the enrichment technologies developed at Piketon may be transferred to the Oak Ridge National Laboratory in Oak Ridge, Tennessee.

One Centrus Energy fact sheet warns: “The United States is at risk of losing its only future capability to enrich uranium to meet key national security needs.”

Urenco USA, owned by a consortium of European firms, operates another uranium-enrichment facility in New Mexico.

Noting that Congress has provided full funding for the project, Wenstrup called the DOE’s decision, which was announced on Sept 11, “a shameful and unilateral move.” Centrus Vice President Steve Penrod reacted to the DOE announcement, saying “obviously we are disappointed.”

Sen. Rob Portman, R-Ohio, said he was “stunned” by the administration’s announcement. He met with workers at the plant this weekend to discuss their options.

Sen. Sherrod Brown, D-Ohio, said the plant is “important to keeping our nation safe and secure for generations to come.” He expressed hope the administration could be persuaded to reverse course on a decision that he termed “shortsighted.”

Without the American Centrifuge Plant, the United States will have to rely on existing supplies of tritium, a radioactive material that about 12.5 years before it decays to the point where it is no longer effective.

Tritium can be used to boost or modulate the yield of a nuclear warhead. Tritium can also be produced by nuclear reactors.

I don’t hear anyone in the media decrying this. It almost went unnoticed and yet the ramifications for the US and how we live and defend ourselves is mind-boggling. This literally puts Russia in the driver’s seat. Remember the Clinton/Russian Uranium scandal?[4] I do. The Left claimed is was fabricated, which it wasn’t. Now, this happens. You think this isn’t by design? It most assuredly is. This potentially makes Russia the largest producer of Uranium in the world and certainly makes them the controlling source of what we need now. These are communists and they are our enemy. This is the flexibility that Obama spoke of with Putin. He’s flexed Russia right into the number one world power spot and we are about to be subservient to Russia militarily.