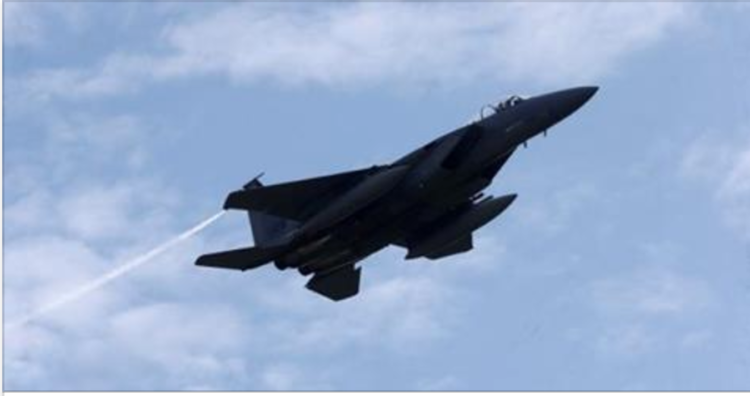 Newly confirmed! On Tuesday, an American aircraft shot down an Iranian drone that was advancing on coalition forces in the southern part of Syria.

Fox News gives us the details:[2]

The armed pro-regime Shaheed-129 UAV was shot down by a U.S. F-15E Strike Eagle about 12:30 a.m. after it displayed hostile intent and advanced on Coalition forces. This is the second the U.S. shot down an Iranian drone in less than a month.

According to the report, coalition forces were at a combat outpost to the northeast of At Tanf, which is an outpost that trains and advises ground forces in the fight against ISIS. This isn’t the first time a drone has been shot down here, as earlier this month on June 8th another drone looking to drop munitions on the outpost was downed.

The coalition in Syria is currently stationed as a presence against the global threat of ISIS. Fox News explains that:

The coalition has made it clear to all parties publicly and through the deconfliction line with Russian forces that the demonstrated hostile intent and actions of pro-regime forces toward coalition and partner forces in Syria conducting legitimate counter-ISIS operations will not be tolerated.

Over at Allen B. West, Derrick Wilburn discusses the incident[3].

It’s been said that “If you’re going to make threats but aren’t willing to back them up; what good are they?” Sort of like drawing red lines, saying “Don’t cross that”, then when the other party does saying, “I didn’t draw a red line.”

As long as coalition forces keep taking out all threats that are clearly crossing the line in the sand, I’ll be more than happy to keep bringing you the news that they keep getting shot out of the sky. Taking drones out of the sky this quickly shows that the At Tanf outpost will be taking all ISIS aggression very, very seriously.