Mark Levin on Hannity: America is Now in Incredible Danger Because of the Iran Deal

Remember when Neville Chamberlain had his idiotic “peace for our time” speech after the Munich Agreement? Well, Obama has just had his very own “peace for our time” moment with the disastrous Iran deal, and Mark Levin is warning that this puts the United States in incredible danger. 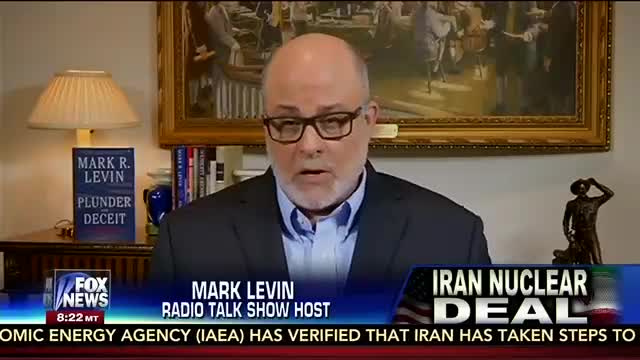 Mark Levin was on Hannity tonight discussing the Iran deal, pointing out that just a few years ago the Obama administration was very worried about Iran’s work with intercontinental ballistic missiles in conjunction with their nuclear program. But, as Levin continues to point out, halting the intercontinental ballistic missile program was not even part of this nuclear deal, meaning if Iran gets nukes, they can put one on an ICBM and hit us.

That’s why Levin says America is in incredible danger because of this Iran deal.

Iran has made it very clear that they want to annihilate Israel, and it’s clear that if Iran attacks them, Israel will retaliate — and this could very well lead to World War III. Iran’s government is run by genocidal lunatics who hate Israel, the United States, and have made their violent motives clear. Why on earth would anyone think it’s a good idea to give them nuclear weapons?