None of the Iranians freed in the prisoner swap have returned home and could still be in the United States, it has been reported. This is shocking and troubling news to say the very least, and what the United States isn’t doing about it will leave your head spinning:[1] 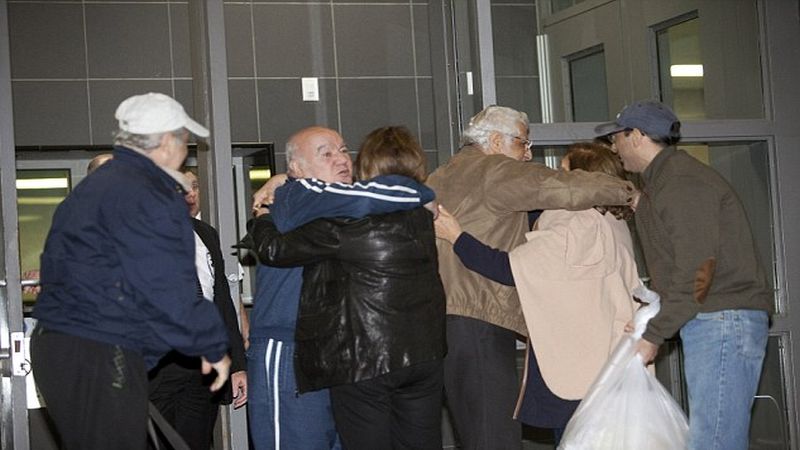 The seven former inmates, who were released as part of a deal with the Islamic republic, did not show up to get a flight to Geneva, Switzerland, where the exchange was set to take place on Sunday.

Three of the Iranians have decided to stay in the United States, ABC reported, with some moving in with their families. However it is not known where the other four are.

Three of the Americans who had been detained in Iran – Washington Post journalist Jason Rezaian, former U.S. Marine Amir Hekmati and Christian pastor Saeed Abedini – left Tehran at around 7am the same day, but weren’t met by their counterparts in Switzerland.

Six of the seven have dual citizenship and all of them had been convicted or charged with crimes related to selling sensitive equipment to Iran.

Their conduct violated the strict trade embargoes that were lifted over the weekend.

Three of them – Bahram Mechanic, 69, Khosrow Afghahi, 72,and Tooraj Faridi – were part of an alleged conspiracy in Texas to illegally export equipment and supplies.

According to the Department of Justice, the items were frequently used in a wide range of military systems, including surface-air and cruise missiles. Many of them have families living in the United States.

Afghahi’s attorney, David Gerger, told ABC the pardon was the right decision and that his client never posed any threat.

‘Right now, Mr. Afghahi is spending some precious time with his family in the United States… and probably getting the first good night sleep and hot cup of coffee he’s had in nine months.

He added: ‘As far as next steps, the family will be making all those decisions as soon as possible.’

An attorney for Mechanic, Joel Androphy, said his client is also spending time with family in Texas.

Kent Schaffer, Faridi’s attorney, also his client has no plans to ever leave the United States, and is staying in Houston for the forseeable future.

ABC News was unable to confirm the plans or locations of other Iranians freed in the so-called ‘prisoner swap.’

This is so ridiculous. As if this man who was plotting acts of terrorism against the United States should be ‘enjoying a good night’s sleep and coffee’. Please, I could care less. This ‘dual citizenship’ should have been revoked as part of the deal and their butts marched to a plane straight out of the US.

What do you think of this ‘prisoner exchange’ that never happened? Sound off in the comments!