The prisoner swap for four American prisoners[1] included Obama agreeing to free seven Iranians in US custody and to stop trying to arrest 14 others, two of whom the US government had accused of funneling weapons to the Bashar al-Assad regime and Hezbollah in Syria. The administration decided earlier this month to delay the implementation of new sanctions on Iran as a result of its repeated test-firing of ballistic missiles, which violated United Nations Security Council resolutions prohibiting such activity. The delay, which came hours after the administration announced the new sanctions to Congress, sparked outrage on Capitol Hill and led to accusations that the White House was capitulating to Iranian demands. Which of course, they were. A senior Obama administration official confirmed that the sanctions were delayed to preserve the sensitive negotiations over the US prisoners. Iranian officials further confirmed that they had threatened to walk away from prisoner talks if new sanctions were implemented. 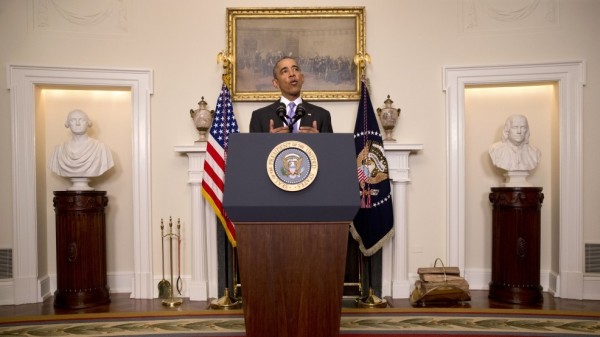 The Obama administration confirmed late Sunday it had delayed the imposition of new ballistic missile sanctions on Iran to ensure the Islamic Republic released five imprisoned Americans under a secret agreement reached on the sidelines of the nuclear negotiations, according to senior administration officials.

The officials confirmed that “secret” talks between U.S. and Iranian officials had been taking place for the past 14 months.

In exchange for the release of the five Americans—including a Washington Post reporter and Christian pastor—the Obama administration pardoned or dropped charges on 21 Iranians convicted of violating U.S. sanctions, including seven who had been detained in the United States, according to a State Department official who spoke to the Washington Free Beacon on background.

Iran, however, said that the number of those “privileged by the deal” stands at 28, though it did not provide evidence to back this claim.

For years[3], Iran’s privately-owned Mahan Air has been using its planes to bring soldiers and arms directly to the Syrian military and the Lebanese terrorist group Hezbollah by flying them from Tehran to Damascus, according to the US Treasury Department. In 2013, Treasury sanctioned Mahan’s managing director, Hamid Arabnejad, for overseeing the company’s efforts to evade US and international sanctions and aiding the Iranian Revolutionary Guards Corps’ elite Quds Force. Mahan Air is “yet another facet of the IRGC’s extensive infiltration of Iran’s commercial sector to facilitate its support for terrorism,” the Treasury’s under secretary for terrorism and financial intelligence, David Cohen, told Bloomberg News at the time. The lifting of the red notices also has a symbolic effect, he said, by telling countries and companies around the world that it’s OK to look the other way as Mahan Air helps the Assad regime and Hezbollah. “These guys have been working day in and day out flying arms to the Assad regime,” said Ottolenghi. “This is another signal that there will be no consequences for this airline and the crimes they are responsible for.” None of this was mentioned by Barack Obama, but all of it took place.