Persia’s Pres And The Supreme Leader 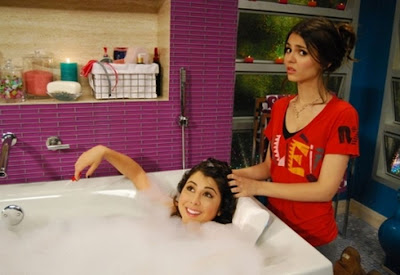 Vilayat-e Faqih!: : Aside from solid solidarity on breaking the world’s record for public executions in a years time[1],:  unsolid solidarity signals are blasting out of Gay Free Persia’s[2] hot gossip, sweet deets and judicious jank ’bout divy’ing divisions at the highest levels of Preacher Command[3] are off the hook!

See, the battle over the Persian Version[4] of the ancient Deutsch “FÃ¼hrerprinzip”[5] – the autocratical concept of one cat calling all the shots for an entire nation state and all her captive ppls – is going on bay bee betwixt that soon to be new clear[6] magical Supreme Leader and his hand picked fiery little rocketeer President!:

GsGf’s Persian Advisor, the right honourable (and right hot![7]) Dr Karim Sadjadpour reveals that despite [8]“…Iranian President M’moud Ahmadinejad’s demagoguery[9] and Holocaust revisionism[10] on the world stage have earned him alarmist comparisons to der Fuhrer, his recent, ignoble fall from grace[11] reveals the Iranian president for what he really is: the dispensable sword of Iran’s supreme leader, Ayatollah Ali Khamenei.”

Since the Revolution way back in the last millennium, 2 schools of cats have been running the place:[12]

Hard-lining hard liners, led by Supreme Leader, believe caving in on revolutionary ideals could totally queer the mix – like that perestroika stuff did to the old Union of Soviet Collectivist Republics.

“…What Khamenei failed to realize was that Ahmadinejad and his cohorts had greater ambitions[13] than simply being his minions.

“…They spoke of their direct connection[14] to the hidden imam[15] – Shiite you know what slam’s Messiah equivalent – in an attempt to render the clergy obsolete. In “private” meetings – which were bugged by intelligence forces loyal to Khamenei – Ahmadinejad’s closest adviser, Rahim Mashaei[16], spoke openly of designs to supplant the clergy. The last straw came earlier this year, when Ahmadinejad tried to take over the Ministry of Intelligence,[17] whose vast files on the financial and moral corruption of Iran’s political elite are powerful tools of political persuasion and blackmail.

“…Khamenei’s desire to project a unified front to the world is likely to keep Ahmadinejad in office until his term expires in 2013. Khamenei seeks to wield power without accountability; this requires a president who has accountability without power. A disgraced Ahmadinejad can conveniently absorb blame for the country’s endemic economic, political and social disaffection.

“…Great Satan can aid [19]the cause of democracy and open society in Iran by focusing on tearing down the information and communication barriers the regime has erected. Technological aid and infrastructure for better Internet and satellite communications would allow Iran’s democracy activists to stay connected with one another and show the outside world what’s happening in their country.

“…By accentuating the country’s internal rifts and breaking previously sacred taboos – such as challenging the supreme leader – Ahmadinejad has become an unlikely, unwitting ally of Iran’s democracy movement. Once thought to be leading the “Slamic Republic’s rise, he is more likely to be remembered by historians as the man who hastened its decay.