Yesterday, Saudi Arabia beheaded 47 prisoners[1] that had been charged with terrorism. Among those to lose their heads were four Shiite clerics and one was very high profile. Iran immediately vowed revenge. It looked to me like thousands of Iranian Muslims stormed the streets in front of the Saudi Embassy in Iran – it was certainly hundreds. Then they torched it with Molotov cocktails. Police tried to contain the rage, but were far outnumbered. If Iran gets its way, the fight will be taken directly to the Saudis over this. They also ransacked and destroyed everything they could get a hold of in that embassy. 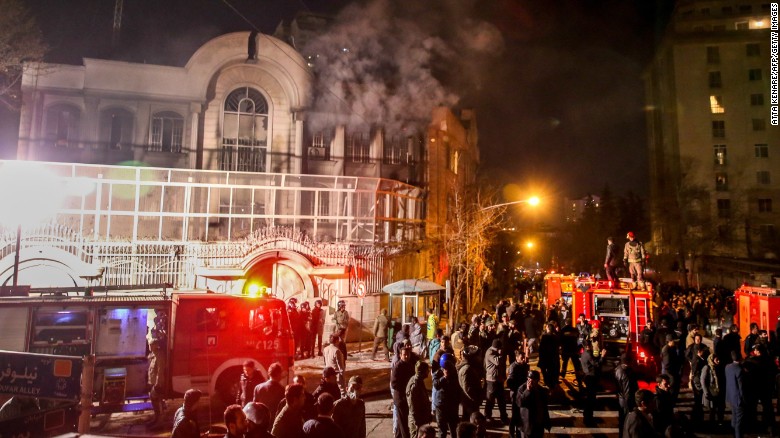 The angry Shiite protesters ransacked and demolished the Saudi embassy in Tehran. 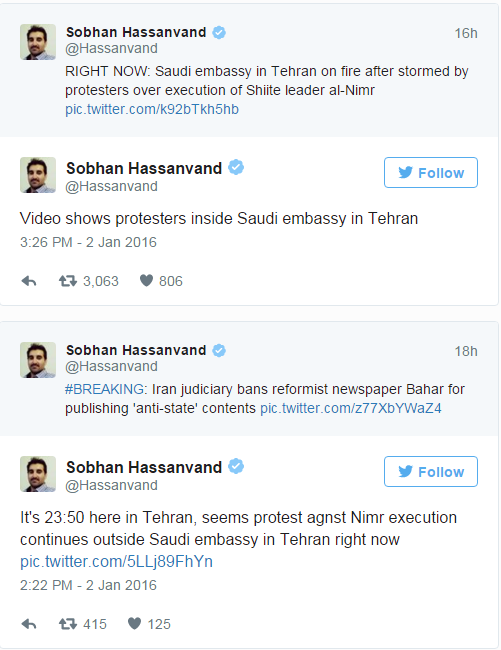 This reminds me of the Iranian hostage crisis that started in 1979 and that Reagan ended in 1981. It is eerily similar, just no hostages that we know of. If any were taken, they would have been executed anyway by the looks of that mob. Shia Muslim cleric Nimr al-Nimr was a fervent dissident against the Sunni Muslim Saudi royal family and called for their deposal during the Arab spring uprisings in 2011. Police donned riot gear and arrested 40 people during the storming of the Saudi embassy. Embassy staff were not present during the fire attack. Iranian President Hassan Rouhani condemned al-Nimr’s execution in Saudi Arabia, and he also blasted the attack on the Saudi embassy in Tehran and on a Saudi consulate in another Iranian city. “In no way is this justifiable & foremost disrespects #Iran. All Iranian officials are fully committed to confront these illegal acts,” he said in a tweet. Things are really catching fire in the Middle East and this could be the opening salvo to a monstrous war. We’ll see. Earlier, the Iranian government had summoned the Saudi ambassador to condemn al-Nimr’s execution. Saudi Arabia returned the slap, summoning the Iranian ambassador in Riyadh to vehemently object to Iran’s condemnation. In Iran, the last word belongs to Supreme Leader Ayatollah Ali Khamenei. And on Sunday, he tweeted, “Doubtlessly, unfairly-spilled blood of oppressed martyr #SheikhNimr will affect rapidly & Divine revenge will seize Saudi politicians.” 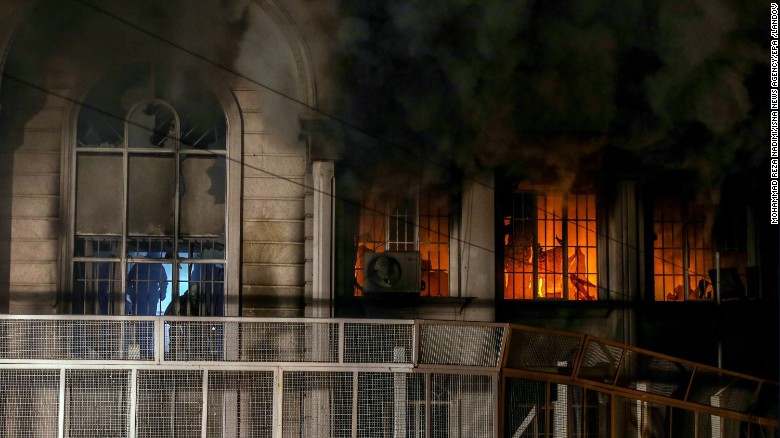 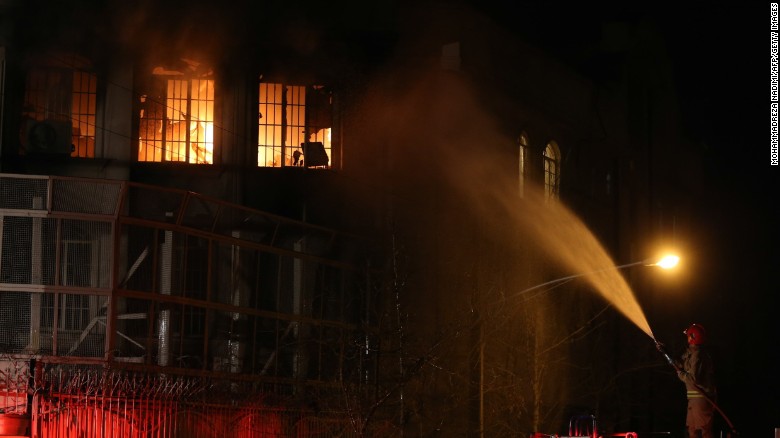 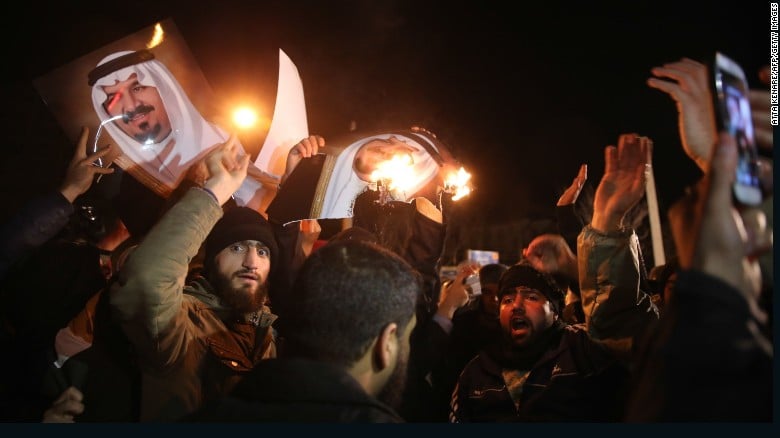