It would appear that all it took was the Republicans winning overwhelmingly during the 2016 election for the Senate to finally take action.

They voted overwhelmingly in favor if Iranian sanctions and the bill is now sitting on Obama’s desk backed by a 99-0 vote. If that isn’t a sign, I don’t know what is. 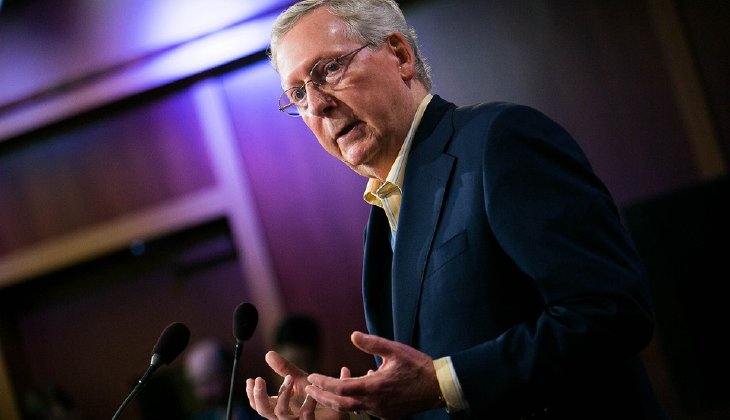 According to The Hill[2], the bill in question would extend the current sanctions we have against Iran for another 10 years, certainly not the ideal situation for Obama or Iran, but necessary to protect American interests.

The 99-0 Senate vote sends it along to the president’s desk for his signature. The vote came after the House overwhelmingly approved the measure, known as the Iran Sanctions Extension Act, two weeks ago in a 419-1 vote.

Senate Majority Leader Mitch McConnell, R-Ky., said Thursday that the bill, which would preserve existing sanctions set to expire at the end of the year, is critical given Iran’s “continued pattern of aggression” and “efforts to expand its sphere of influence across the region.”

“This is even more important given how the current administration has been held hostage by Tehran’s threats to withdraw from the nuclear agreement, and how it has ignored Iran’s overall efforts to upset the balance of power in the greater Middle East,” he said.

If Obama doesn’t get the hint after this, it’s because he wants to work in direct defiance of the will of the American people. Despite his claims, Iran is not our ally and we should not go about pretending they have our best interests at heart. There would be no need for these sanctions or this bill in general if anyone in America aside from the President believed that to be the case.

The controversial Iran Deal eased or lifted sanctions against Iran for the United States as well as 5 additional world powers. Critics claimed that once lifted, it would not be easy to reimpose those sanctions and would cause complications for those who had or have contracts with Tehran that could not easily be cancelled.

Either way, this is a clear sign that Americans want to keep Iran at arm’s length and will continue to do so through the extent of the Trump Presidency and into that of his predecessor.