I’m impressed with Sean Rowe[1] and the other vets going back. They are taking the fight to ISIS, basically because Obama won’t. Rowe and the others are warriors of good conscience that could not morally sit back and watch ISIS commit genocide against Christians, while an Islamic Caliphate grows in strength across the globe. They feel compelled to go and fight the enemy who is beheading, crucifying, torturing, murdering, raping and enslaving as they march forward to conquer all in their path. So far, 23 vets are going and they will join resistance fighters and Christian militias already there hot in battle. Obama must hate this. Courageous soldiers who have the conviction of their principles and who are not afraid to fight and die for the innocent, unlike their former Commander-in-Chief. 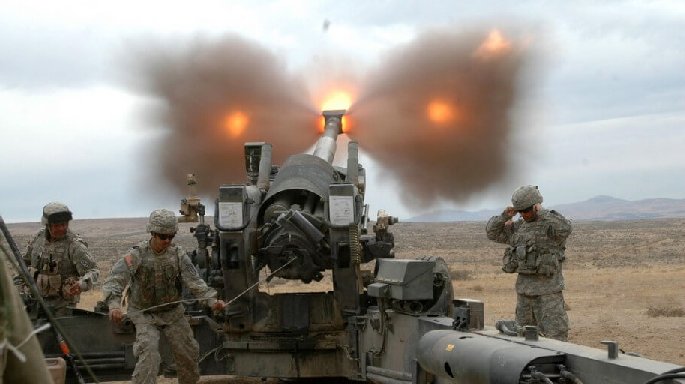 A U.S. Army Iraq war vet plans to take a team of veterans back to the Middle East to fight the Islamic State of Iraq and Syria (ISIS).

Sean Rowe, of Jacksonville, Florida, served on active duty in the Army for 8 years, which included two tours in Iraq. He said he can no longer sit by and do nothing.

“This is something I feel compelled to do,” Rowe said[2]. “Women and children are being slaughtered over there. They need our help. I know we can make a difference.”

Rowe started Veterans Against ISIS to take the fight to the terrorists on their own turf.

So far, Rowe has commitments from 23 fellow vets[3] to join him; and he is only accepting those who have four or more years of military service.

Rowe has given his team some reasons their mission will be more dangerous than when they served in the military. Medics will be part of the group, but injured fighters will not have ready access to medical care beyond what’s provided or any helicopters available to evacuate them, if any are seriously wounded. Further, since they will not be fighting as members of the military, they will not be covered under the Geneva Convention regarding the treatment of enemy combatants.

“It is going to be very dangerous, but that’s a risk that anyone who’s signing up for this is voluntarily taking,” Rowe emphasized[4].

The Florida Times Union notes[6]: “The men will face a rough time before ever reaching the fighting. They will be leaving with limited funds, depending upon shadowy resistance fighters with uncertain allegiances to take them to a country where crucifixions and beheadings are once again commonplace. Rowe, at least, appears to be OK with that.” He trusts the contacts he has on the ground among the resistance fighters.

Rowe plans to head over with a team of nine soldiers in the very near future, with others to join in the next 3 to 6 months. Veterans Against ISIS’ greatest funding requirement is for travel expenses for the trip to Iraq.

Rowe said he barely has enough funding to get his team over to the Middle East, and he would like to get more funds for training and medical supplies–as well as to cover day-to-day expenses of the group. None of the soldiers is taking pay.

Once they are on the ground, they plan to fold in with resistance fighters, who Rowe said will supply the weapons, food, and shelter they need.

“I strongly believe in God and believe He is going to take care of me no matter what,” he said. “I believe He has something for me to do or I wouldn’t be here today.”

These men are men of faith and I believe God will guide them in their battles against the evil, barbaric hordes of ISIS. I hope that people give whatever they can to fund their fight. That fight is also already here in America and is just getting started. To those fighting behind enemy lines to save lives and protect our freedoms, I salute you and may God speed you home safe and sound when the fight is done. Americans are now tasked with taking a stand, because whether we fight them there or here on American soil, we will have to fight and it probably won’t be with the blessings of our government overlords.