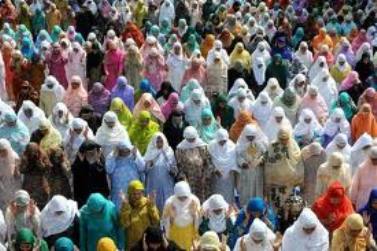 What happened in Boston last week was truly a tragedy. Two Muslim brothers detonated two bombs at the finish line of the Boston Marathon. Unless you have been living in a cave or under a rock somewhere you already know what happened. The sad fact is the Obama Administration, The FBI, and the entire Intelligence Community failed to protect the American people. Three people died and over 175 were injured by two brothers practicing their religion of peace.

Throughout history people of all different faiths have killed each other in the name of religion. Millions of people have perished in religious persecutions world wide and it unfortunately continues to this day. This article is not intended to bash one faith over another. It is intended to expose one of the biggest propaganda statements of all time; that Islam is a religion of peace.

Hard core leftist apologists will tell you till you are blue in the face that the word “Jihad” means spiritual struggle. This is a false statement. If this were true, then why are people with disabilities and debilitating deceases not included in the so called “spiritual struggle”? Apologist’s aside, Jihad means “Holy War” according to the Quran.

The Quran contains at least 109 verses that call Muslims to Jihad, or Holy War with the Infidels and the non-believers. The goal of the Islamic faith is to create a Caliphate or Islamic world wide rule. There is no room for any other religion especially Christianity and Judaism. There is also no spiritual struggle.

According to the Quran, Islam coupled with Sharia law is the only faith that matters. There is no tolerance or recognition of other faiths. In fact, the word infidel literally means to reject one’s faith.

Let’s take a look at some of the more violent verses from the Quran.

(3:56) “As to those who reject faith I will punish thee with terrible agony in this world and in the hereafter.”

(66:9) “O’ Prophet! Strive against the disbelievers and the hypocrites and be stern with them. Hell will be their home, a hapless journey’s end.”

(2:191-193) “Slay them where ever ye may find them, and drive them out from where ever they may hide. For persecution of Muslims is worse than slaughter of non-believers and the Infidels.”

And my personal favorite:

(8:12) “I will cast terror into the hearts of the non-believers. Therefore smite their necks and strike off their heads.”

Not all Muslims are bad people. There are many peacful Muslims who have spoken out against this type of extremism. The problem is there voices are far and few between. Peaceful Muslims unfortunately have been silent for far too long. They are either afraid to speak out or sympathetic to the more extreme voices in their faith.

How can a religion be considered peaceful if it does not recognize other faiths? If Islam is truly a peaceful religion than why are their so many verses preaching violence against others who practice a different faith?

Since 1970, it is estimated that over 80% of terroristic acts have been perpetrated by Muslims. There are the occasional acts of terror by White Supremacist Groups and even by Fundamentalist Christians however they occur less frequent and make up a very small portion of terrorism as a whole.

In Israel alone there have been over 75 separate terrorist attacks in the past 30 years. From suicide bombings to car bombs and rockets to kidnappings, the Israeli people have been feeling the love from the religion of peace for years.

Let’s look at some other acts of terrorism committed by followers of the religion of peace.

September 11, 2001- Hijacked planes take out the WTC Towers and The Pentagon

September 11, 2012- Our embassy in Benghazi was attacked

All of these horrible acts were perpetrated by those who claim to practice the religion of peace.

Americans need to stop worrying about God Fearing Christians and instead start worrying about radical Jihadists. After all, it is not Christians that are strapping bombs to their waist’s and blowing people up in the name of their God. Shame on our Department of Homeland Security for labeling Evangelical Christians as a hate group. Big Sis needs to be watching our mosques not our churches.

America needs a lot more Muslim voices to speak out and strongly reject the violence that is preached against men, women, and children of other faiths. We also need the apologists on the left to take their heads out of the sand and recognize that we are under attack from radical extremists.

According to the left in this country there is no such thing as Radical Islam. The blame America first crowd thinks we brought this upon ourselves. Give me a break.

The pathetic left can’t even muster up the courage to use the word terrorism. They say they are conducting “over seas contigency operations” instead. When their is an attack on our homeland they call it a “man made disaster”.

If the left truly believed in tolerance they would also speak out against the intolerance of the religion of peace. Instead they would rather attack truly peaceful Christians just because they disagree with them.

The truth is if we do not stand firm against extremism now than it will consume us later. We need to call it what it is, terrorism. Changing the words we use will not make the act any less frequent or less damaging. In fact it will only invite more terrorism. We can not stand down and accept acts of terrorism as some kind of new normal. We must band together and fight evil wherever it may be. You do not gain peace through weakness, you gain peace through strength.

Suggested by the author:
www.joshbernsteinpoliticalwriter.com[2]
Dismantling Washington
Obama’s DHS: Drones, Hollow Points, and Secrecy
A fractured party is a losing party
Obamacare is bad for business and your health