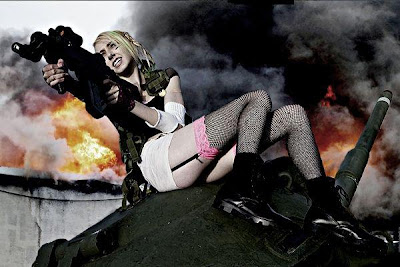 The last ten years has seen a semi unbound Great Satan – using her fire power, brain power, will power and staying power all across the globe in war.: [1]

Some wars are carefully planned[2], but even those wars rarely take place as expected. Think of the Germans in World War I, having planned the invasion of France[3] for decades and with meticulous care. Nothing went as planned for either side, and the war did not take a course that was anticipated by anyone.:

Who expected the American Civil War to take the course it did? We have been second-guessing Lincoln and Davis, Grant and Lee and all the rest [4]for more than a century.

: So far this decade of war reveal Great Satan”s[5]

: approaches to operations in both Afghanistan and Iraq reveal a preference to use force incrementally; that is, apply the minimum amount of force–usually measured in troops and planes deployed–to get the job done. This approach seems to be the most economical, but as the last 10 years of war have shown, such economy is not real; it is only apparent.

This apparent economy protracts war because it yields the strategic initiative to the enemy. They get to choose whether to “up the ante.” In war, force should be applied in ways that reduce the options of one’s enemies and increase one’s own.:

America got this right during the conventional phases of both Afghanistan and Iraq–the phases that ended the Taliban and Saddam regimes–but then immediately got it wrong. In doing so, we protracted operations in both theaters

Pic – “Resilience has historically been one of Great Satan”s great nat’l strengths.The ability to adapt to changing conditions and prepare for, withstand, and rapidly recover from disruption.”