I have long said there are still good people in the Intelligence community.[1] 50 analysts are now coming forward against the ‘Stalinist’ atmosphere within CENTCOM. Their reports on how the Islamic State is spreading and winning are being altered and neutered. They are being sanitized for the masses and adjusted to show that we are winning per Obama’s narrative. We are not winning. In fact, we are not even really engaging the enemy. We never have been. Senior Intelligence command is making our military plans and strategies into nothing more than Marxist propaganda and they are punishing anyone who would tell the truth. They are being told to retire or quit if they don’t like it. Many have. When you have 50 analysts who say the Intelligence was cooked, you have a major problem. One that should alarm every American out there. 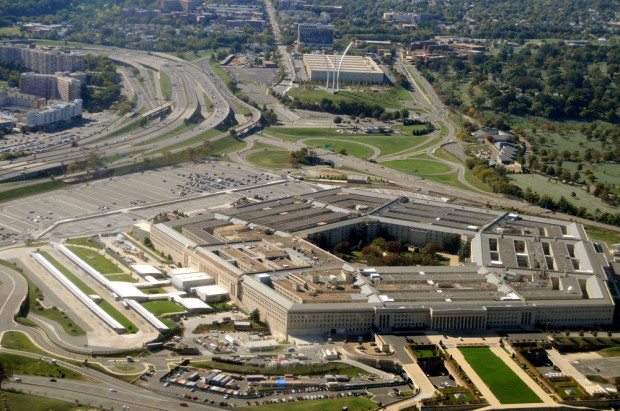 The Pentagon’s inspector general has launched an investigation after more than 50 intelligence analysts working for U.S. Central Command complained their reports on the Islamic State had been wrongfully manipulated by higher-ranking officials, The Daily Beast reported Wednesday night[3].

Two senior analysts at CENTCOM told the website that intelligence was changed by higher-ranking officials in what they thought was an effort to fit the Obama administration’s narrative that the U.S. is winning the war against the terror group.

“The cancer was within the senior level of the intelligence command,” one defense official told The Daily Beast.

The information came from 11 individuals who spoke on the condition of anonymity to The Daily Beast.

One person told the website that a written complaint sent to Pentagon’s inspector general described the behavior as “Stalinist.”

CENTCOM director of public affairs Air Force Col. Patrick Ryder told The Daily Beast that it could not comment on ongoing investigations, but could “speak to the process and the valued contributions of the Intelligence Community.”

“The IC routinely produces a wide range of subjective assessments related to the current security environment. Prior to publication, it is customary for the IC to coordinate these intelligence assessments,” Ryder said. “More specifically, members of the IC are typically provided an opportunity to comment on draft assessments. However, it is ultimately up to the primary agency or organization whether or not they incorporate any recommended changes or additions.”

Read the full report at The Daily Beast.[4]

The Pentagon has opened an investigation, but under this presidency, I wouldn’t hold my breath. 11 sources went to The Daily Beast and aired this publicly in an effort to alert America to what is really going on in the military under the Obama Administration. The accusations suggest that a large number of people tracking the inner workings of the terror groups think that their reports are being manipulated to fit a public narrative. Is anyone surprised by this? I’m not. Some of those CENTCOM analysts described the sizable group of protesting analysts as a “revolt” by Intelligence professionals who are paid to give their honest assessment, based on facts, and not to be influenced by national-level policy. The analysts have accused senior-level leaders, including the Director of Intelligence and his deputy in CENTCOM, of changing their analyses to be more in line with the Obama Administration’s public contention that the fight against ISIS and al Qaeda is making progress. What a bunch of bull crap. At least some are coming forward and out in the light over all this now.