Oh look… another Islamic workplace accident.[1] They all went boom! An instructor in Iraq was teaching a class of 21 future Jihadists how to blow themselves up when the whole class prematurely detonated. There were Jihadist bits everywhere and not much else left. Bonus… this was ISIS that went kablewie. Good times. Now this piece of happy news happened a year ago, but one can hope that there are incidents like this ongoing. I’d prefer it if they ALL blew themselves to smithereens and saved us the trouble of doing so. By thoughtfully going boom, these miscreants saved many lives that ISIS would have taken and I’ll bet there are a whole bunch of women counting their lucky stars. Just sayin’. 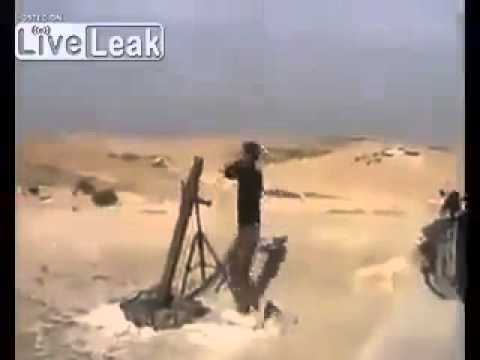 In Baghdad, a terrorist who was in the middle of conducting a training for future militants, accidentally blew up an entire class, killing 21 of his students, and himself.

The group was part of the Islamic State of Iraq and Syria, the terror group that has been participating in a string of attacks in the United States.

The incident may be viewed as a metaphor for the many lives lost in the wake of foreign and domestic.

The story isn’t so much developing as it is exploding… but hey, it gives me a happy. There is nothing better on the face of the earth than an idiot terrorist blowing himself straight to hell along with 21 of his closest militants. It simply doesn’t get any better than that. In a bit of irony, said deceased moron was showing them how to use a suicide belt. Looks like his instruction was a little too realistic. Wonder if he said something like, “Whatever you do, don’t press this button!” And then did. We’ll never know. But one can dream. Practice makes perfect and boy this was that!