We just helped liberate[1] (albeit probably short-lived) Fallujah in Iraq. To show their appreciation, the military and police in Basra marched on American and Israeli flags – the great and little Satans. Welcome to Quds Day[2]: Quds Day (Jerusalem Day, Quds is the Arabic name for Jerusalem), officially called International Quds Day (Persian: روز جهانی قدس‎‎), is an annual event held on the last Friday of Ramadan that was initiated by the Islamic Republic of Iran in 1979 to express support for the Palestinians and oppose Zionism and Israel’s existence, as well as Israel’s control of Jerusalem. Nominally it is opposed to the Jerusalem Day (Yom Yerushalayim) celebration instituted by Israel in May 1968, and which Knesset law changed into a national holiday in 1998. In Iran, the government sponsors and organizes the day’s rallies and its celebration in that country has had, down to at least 2012, a decade-long tradition of voicing anti-Semitic attacks. Quds Day is also held in several other countries, mainly in the Arab and Muslim world, with protests against Israel’s occupation of East Jerusalem. The rally is held by both Muslim and non-Muslim communities around the world. 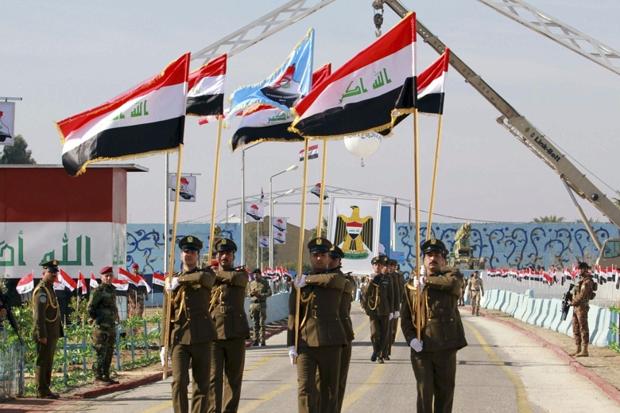 They’re marching on US flags in Iraq.
After we just helped them liberate Fallujah!

Iraqi military and police in the city of Basra were photographed preparing to march on U.S. and Israeli flags laid out on their parade route to mark Al Quds Day. 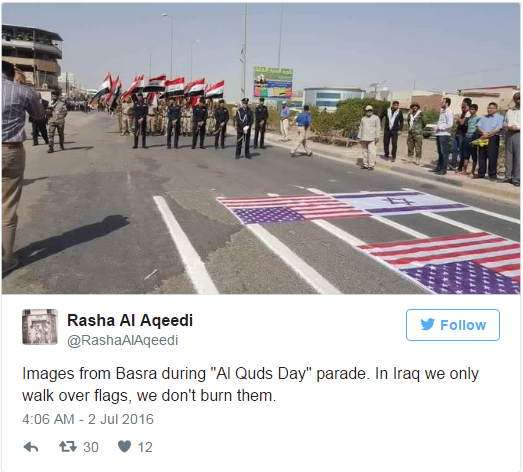 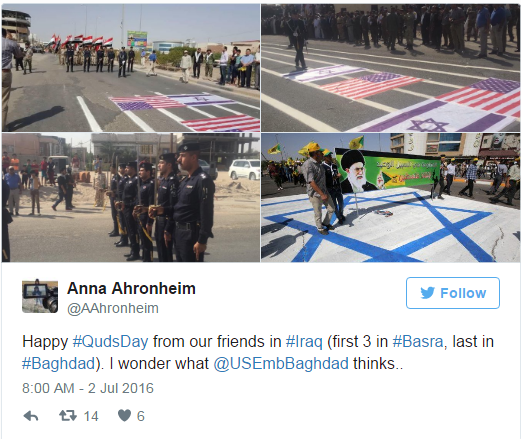 Notice that this was started by Iran and in Baghdad they carried banners of the regime there. Hint America… you are doing the bidding of the Mullahs. The Iraqi interior minster has fired all the police officers who walked over the US flag during the Quds Day rally, or so they claim. All of these middle eastern countries that we seem so hot on protecting, absolutely murderously hate us. But we never learn. What we need to do is wipe out ISIS, al Qaeda, Boko Haram and any other Jihadists who are waging war against the civilized world. It’s called war and we better start acting like we take it seriously and soon. I’m sure there were some Iraqis that were outraged by this, but I would also bet they were not Muslim. Islamic gratitude is a lie. 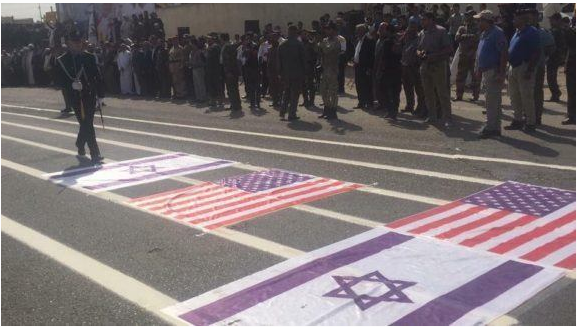 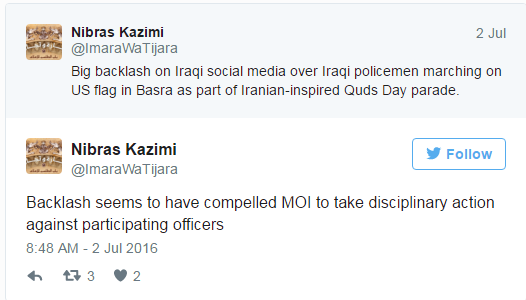 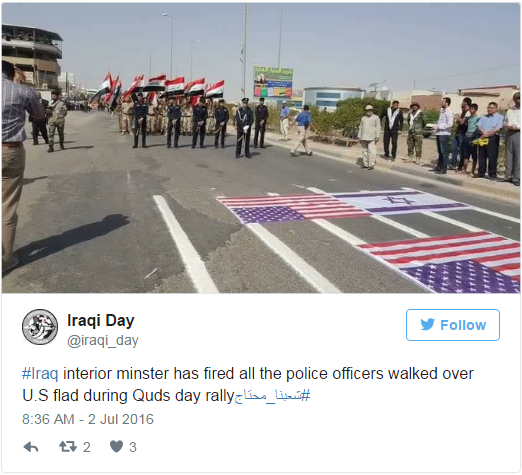